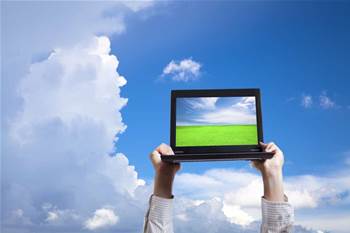 To trial email, ERP, infrastructure and desktop as a service.

The NSW Government has approached the market for email- and desktop-as-a-service suppliers as part of a wider trial of cloud computing.

The trial would initially involve about 100 state government employees but is required to be scalable to more than 30,000 users.

ServiceFirst called for suppliers to provide innovative, non-typical solutions, defining the “as-a-service” model as one that would deliver technology on a usage basis, for example with costs expressed as “per user / per month”.

Tender documents indicated that the services would be assessed on the basis of cost, the ability to support more flexible business environments, usability, and implications for data integration and contracting models.

The NSW Government is also concerned with how cloud services might fit in with NSW and Federal Government regulations and policies to do with security, record-keeping and privacy.

Finance Minister Greg Pearce described the ServiceFirst trial as one of five pilot projects that would inform the State Government’s approach to cloud computing.

Pearce’s Department of Finance and Services sought to pull together four ongoing cloud computing implementations into the coordinated pilot program.

It hoped to assess the potential of cloud computing technology rather than the success of individual implementations.

"The purpose of the pilot is to assess the implementation and use of new cloud‑based services across a number of agencies," a departmental spokesman said.

"These services, complemented by the market testing announced by the Minister today, will enable the NSW Government to assess the overall effectiveness of cloud-based services, and to apply the lessons in future."

The Department of Trade and Investment has been moving member agencies to a hosted enterprise resource planning system since inking a $14.5 million contract with German supplier SAP last July.

Businesslink also has been developing a client management system to be underpinned by the hosted Oracle CRM on-demand platform, on behalf of one of its member agencies – a project that was not mentioned as part of the pilot program.

The Department of Finance and Services has sought to enable uptake of cloud-based software, infrastructure and platforms under its three-year ICT Strategy 2012.

“Cloud based IT solutions are a large part of the future and the NSW Government is keen to take advantage of this trend to improve government services,” Minister Pearce stated.

"We will test multiple cloud based systems across different scenarios and environments to ensure they are cost-effective, secure and efficient and if successful we will look at how they can be rolled out across government.

“Importantly we need to know whether NSW Government agencies and ICT suppliers have the technical capacity for the wider adoption of cloud based solutions across the diverse range of government services.”