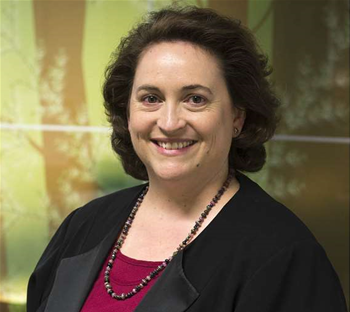 Milosavljevic announced her departure in an email this morning.

“Today is my last day in the office at DFSI [the Department of Finance, Services and Innovation],” she said.

“I will be taking a short period of leave prior to taking up the role of chief data officer at the Department of Human Services at the end of the month.”

Milosavljevic was the the NSW government’s first ever state CISO. She was brought over from AUSTRAC in March 2017 and, among other things, oversaw the development of the state’s first cyber security strategy.

Tony Chapman, who is currently director of cyber security engagement and prevention, has been named to act in the GCISO role while a permanent replacement is sought.

“Thank you for your collaboration over the years - we have covered a lot of ground and it’s great to reflect on the distance travelled,” Milosavljevic said.

“This would not have been possible without the groundswell of support both inside and outside of NSW government.

“This role is all about relationships and I’ve enjoyed a great many new ones.”

A DFSI spokesperson said that the appointment of a new GCISO "will occur as soon as possible".

"Thanks to Maria’s strong leadership, we now have a clear strategy to oversee the safe management of government’s growing cyber footprint, and prevent and respond to cyber security threats across NSW," the spokesperson said.

"We wish Maria all the best in her new role at the Department of Human Services."

The spokesperson said that interim GCISO Tony Chapman would be "supported by Lesley Honeyman, formerly director of strategic intelligence and capability at the NSW Police Force (NSWPF), who joined DFSI in January as director of cyber security operations."

"Lesley has more than 25 years of experience in the intelligence and security field, at state and federal levels, together with significant experience managing people and reform, and strong relationships across law enforcement and intelligence bodies," the spokesperson said.