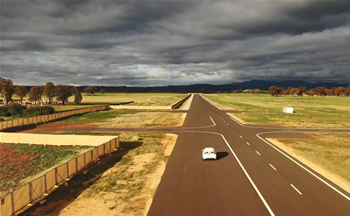 Claims largest in the Southern Hemisphere.

Minister for Regional Transport and Roads Sam Farraway announced the upgrade to the ‘Future Mobility Testing and Research Centre’ near Orange earlier this week.

Farraway said the upgraded hub would research crash prevention technologies, including lane keep assist, and advanced autonomous braking systems that the state government aimed to make mandatory on all new vehicles entering the market by 2023.

ANCAP chief executive Carla Hoorweg said there will also be a flow-on benefit to consumers.

“The upgrades enable means vehicles can be tested to the latest, globally-recognised safety standards, and ensure manufacturers are encouraged to supply newer, safer vehicles to our market.”

The 32-hectare facility was built in Cudal’s old local airstrip in 2019 and employs six on-site staff and five based in Syndey.

Farraway said investing more in the Future Mobility Testing and Research Centre would also drive investment in the regional community living in and around Orange.

“These upgrades deliver an economic boost to local businesses by generating at least $2 million in revenue each year through commercial testing opportunities,” he said.