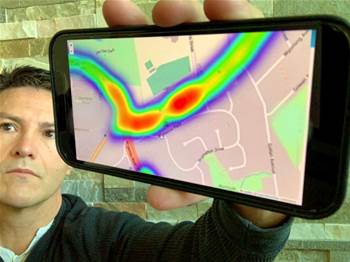 Tries to predict where Sydney's cracks will form.

The NSW government has begun using sensors beneath public buses to detect the beginnings of potholes and cracks on Sydney’s roads in a $2.9 million trial designed to help prioritise repairs.

The sensors have already been rolled out to 32 buses under the ‘Asset AI’ trial, with additional buses, as well as garbage trucks, expected to be fitted with the technology in the future.

The trial, which is being led by Transport for NSW and the Roads and Transport Directorate, followed a pre-trial with the Canberbury-Bankstown Council last year.

The results can then be displayed as a heatmap, and combined with local weather observations to predict the rate of deterioration.

“It’s a brilliant use of resources already on our roads,” Ward said.

"Mounting cameras and sensors onto vehicles with regular routes... ensures road defects are captured incidentally, including those un-reported by residents.”

Canterbury-Bankstown Mayor Khal Asfour said Asset AI has the potential to save councils and ratepayers money, while improving road safety.

“We do an audit of our roads once every four years and it is very expensive. This new technology will allow us to do it on a weekly basis instead,” he said.

“Asset AI uses predictive analysis to improve road maintenance by predicting the risk to the community rather than just reporting the condition of the road assets, and that’s great news for our residents.”

The NSW government expects the technology, which is funded through the $2.1 billion Digital Restart Fund, will become available to all local government areas in the state in late 2023.

In preparation, road data is being collected from rural roads across regional NSW using cameras mounted to a ute.

“A ute with the road scanning camera and user interface mounted is travelling across 100 kilometres of regional NSW roads to detect and report on road conditions,” Regional Transport and Roads Sam Farraway said.

“We will have it out collecting data along the Great Western Highway between Lithgow and Bathurst, the Sturt Highway near Wagga Wagga and around Spring Ridge in the Upper Hunter.”