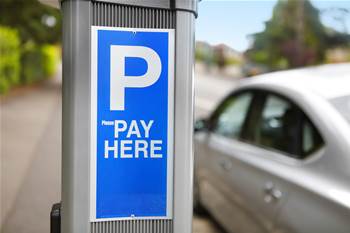 Sydney drivers can now use the NSW government’s contentious parking app, Park'nPay, directly from the centre console of their cars using Apple CarPlay.

Digital minister Victor Dominello revealed the functionality in a LinkedIn post on Thursday for an “easier and more convenient parking experience”.

The in-car feature is currently limited to iOS, which represent more than 50 percent of the smartphone market, with Android Auto to follow in the “coming” months.

Park'nPay was introduced in October 2019 to allow drivers to pay for parking without needing to use a parking meter.

New functionality has also been added in recent months to show real-time availability for on-street and off-street parking, as well as EV charging stations, in some suburbs.

The app is currently available in 11 local government areas, but the government hopes it will eventually become the “single integrated app” for parking across the state.

Dominello has reportedly urged mayors across Sydney to adopt Park'nPay in a bid to reduce congestion.

Last month, the government faced questions from the opposition over its decision to use Duncan Solutions as the app’s payment gateway and API provider without a tender.

Dominello defended the decision, which he said was the result of the initial pilot in the Rocks back in October 2019.

“We did a pilot in The Rocks and Duncan Solutions had the meters in The Rocks,” he told budget estimates, adding that the contract would soon go to tender.

The Department of Customer Service has since provided additional information in response to questions on notice.

“OneGov undertook direct sourcing from Duncan Solutions rather than open tender given that the required data, links and information is not available from any other source,” it said.

Park'nPay currently costs the government $1.47 million to run and maintain each year.