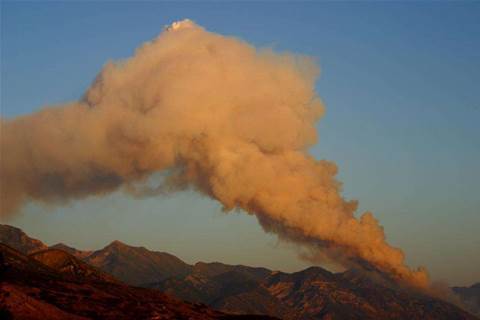 Fire and Rescue NSW has blamed consumer IT trends for its difficulty sourcing mobile phones for firefighters.

The agency is looking to deploy a fleet of ruggedised tablets and "big, chunkier" mobile phones to improve communications between station commanders and emergency vehicles.

Assistant director for IT infrastructure Malcolm Thompson said he had been forced to look at overseas markets to meet users' demands.

Thompson told a NetIQ conference in Sydney this week that earlier this year, he had asked all station commanders in NSW what his department could do to improve infrastructure.

"A lot of [station commanders] said they wanted a new phone," Thompson said. "I thought to myself 'hello, here come the requests for iPhones'.

"But instead, what they wanted was a big, chunkier phone with big buttons on it that they [firefighters] can actually use [while wearing gloves].

"So we went out looking for that, and it's hard to find now because everyone wants these consumer phones from Apple, Samsung, etcetera.

"We are finding phones like that in the US, but they are very hard to get a hold of and even harder to get working with NextG and 4G."

"If they go into an incident and there are chemicals present, they have to know what happens when water hits those chemicals," Thompson said. "One thing they said was help us with all these manuals.

"We're currently looking at the iPad, perhaps an Android, we're looking at a ruggedized version.

"They're used to throwing things down and around in emergencies, so we're looking for that particular type of technology to meet that requirement."