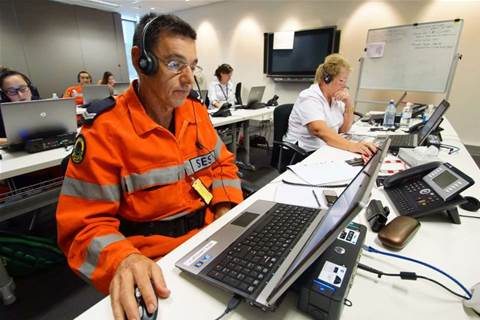 Telstra has deployed a number of technical support engineers to the NSW Rural Fire Service to monitor issues with the state’s online map of fires and incidents this week.

The website provides a map and chart of fire emergencies, warnings and advice across the state.

Some 130 incidents were listed on the site as of Wednesday afternoon, with parts of the state having faced “catastrophic” fire danger levels on Tuesday.

A spokeswoman for the Rural Fire Service (RFS) said it had received “intermittent reports of difficulties accessing the site” from users on Tuesday afternoon.

According to service provider Telstra, users “may have experienced some delays caused by the large increase in traffic to the site” between 1.30pm and 4pm on Tuesday.

A spokesman for the telco said the issue was resolved by adjusting load parameters, so that traffic was spread across a number of servers. He did not disclose the peak load or number of servers involved.

Fairfax Media reported that the CFA’s website and smartphone app malfunctioned after receiving more than 12 million views in 12 hours on Friday – a load that was “well above anything we had planned”, Lapsley said.

A mirror of NSW RFS’ fires and incidents map is hosted by Google’s crisis response project.

The RFS also publishes information and updates via Facebook, its Fires Near Me mobile application, and the Bush Fire Information Line (1800 679 737).