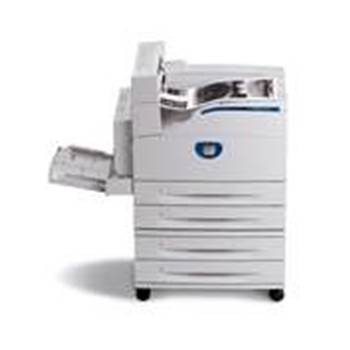 The NSW Department of Education & Communities has awarded a four-year managed print services deal to Fuji Xerox that could see imaging systems refreshed at over 2200 schools.

The deal was the largest of its type for Fuji Xerox Australia, although the vendor declined to put a value on the win.

The deal underpinned a program called Pay As You Print Optimisation being implemented by the Department.

The program meant schools did not have to pay any upfront costs to get a new printer but rather paid a set amount for every print job that covered the cost of hardware, service and consumables, according to a recent presentation.

After four years, the schools were eligible for a hardware refresh.

Schools were able to select from either Fuji Xerox or HP printers, a spokesman for Fuji Xerox Australia said.

An undisclosed number of schools already had Fuji Xerox multi-function devices that had been bought individually.

Since June 2011, schools have been given the option of a free audit conducted by Fuji Xerox on the department's behalf.

The audit results in a recommendation to the school principal on an "optimum" print system but it was up to schools whether they wanted to sign on to the program.

Doing so would make them eligible to have their existing printers - if less than four years old - bought back at "current market value" or used as part of Fuji Xerox's managed service in return for a "cash rebate".

Fuji Xerox estimated it would manage some 60,000 print, copy and fax devices under the optimisation program, albeit that it hoped to consolidate school requirements in some cases "using less equipment".

In a statement, the vendor said that "fragmented" buying and management of devices in the past meant the Department was not able to benefit from its scale to reduce operating costs.