NSW could get digital drivers licences 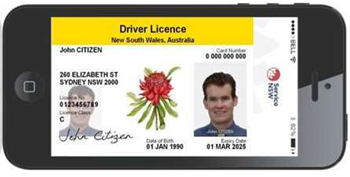 NSW premier Mike Baird has promised to shift drivers off plastic cards and onto digital drivers licences over the next four years if his Liberal government gets re-elected.

It's the second major technology policy promise to come out of the state government in the lead-up to the March 28 election, following the announcement of a $100 million funding pot for police technology.

Baird today said the move to digital drivers licences could save the state tens of thousands of dollars, and would make NSW one of the first in the world to offer citizens the choice of having a licence issued digitally and displayed on their smartphone.

Physical licences would still be available for those who wanted one, he said.

The NSW government's digital council - which is chaired by Customer Service Commissioner Mike Pratt - would be tasked with working through security, privacy and regulatory issues.

"Customers are doing more and more transactions on their smartphones," NSW Finance and Services Dominic Perrottet said in a statement.

"From cafes to banks, businesses are offering customers the opportunity to access their services, loyalty programs and payment systems through smartphone apps.

"While the private sector has shifted to digital, the NSW government must do the same."

If implemented, NSW would join the likes of Iowa and Delaware in the US to work towards rolling out digital drivers licences.