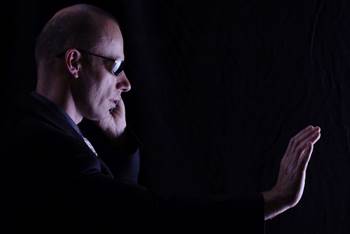 An analysis by an independent think tank has found that the large scale surveillance of telephone and email communications by the United States National Security Agency (NSA) does very little to stop terrorists.

The report [PDF] was prepared by the New America Foundation, which analysed 225 individuals recruited by al-Qaeda or groups inspired by the terrorist organisation's ideology in the wake of widespread media coverage on the leaks of the NSA surveillance program by former NSA contractor Edward Snowden.

While US president Barack Obama and the director of the NSA, General Keith Alexander, both claim the massive global surveillance program prevented around 50 terrorist threats, the New America Foundation analysis found it had very little effect.

"...Our review of the government’s claims about the role that NSA “bulk” surveillance of phone and email communications records has had in keeping the United States safe from terrorism shows that these claims are overblown and even misleading," the New America Foundation report said.

Bulk collection of American phone metadata - including telephone numbers and the time calls were made but not their content - "appears to have played an identifiable role in initiating at most, 1.8 per cent" of terrorism cases, it said.

For non-Americans surveilled under the US Foreign Intelligence Surveillance Act (FISA), the number was even lower at just 1.3 per cent of cases, the New America Foundation found. 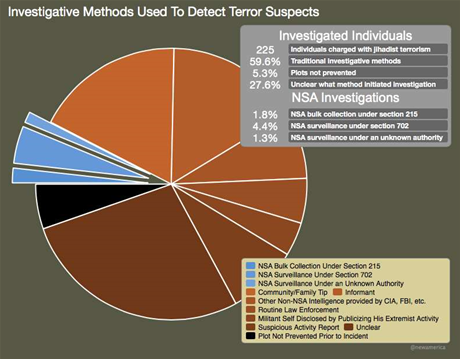 The foundation noted that surveillance of American phone data "has had no discernible impact on preventing acts of terrorism and only the most marginal impacts on preventing terrorist-related activity such as fundraising for a terrorist group."

A bipartisan think-tank, the New America Foundation is led by former US State Department director of policy planning Dr Anne-Marie Slaughter. It counts Google executive chairman Eric Schmidt among its board of directors, along with political scientist Francis Fukuyama and CNN and Time journalist Fareed Zakaria.