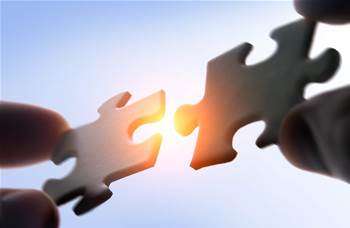 As banks back payments infrastructure consolidation.

Australia’s three payments infrastructure providers look set to be merged in some way after the banks deemed the country would benefit from a single industry-wide payments platform.

After months of consultations with stakeholders, NPP Australia Board on Thursday resolved to create an industry committee to study the consolidation of BPAY, eftpos and NPP Australia.

“There is merit in exploring potential consolidation of BPAY, eftpos and NPP Australia into a single entity under the current ownership,” NPP Australia chair Bob McKinnon said.

The board said such an entity “might advance the public interest, and be in the interest of all stakeholders”, particularly given the acceleration of digital payments during COVID-19.

It also pointed to the ability for better “targeted investment, resilience systems, and reduced complexity” under a single entity structure.

“The NPP Australia Board has consulted a number of its shareholders, who are also shareholders in BPAY and eftpos, along with other stakeholders and it is clear from this process that there is appetite to explore the potential case for consolidation,” McKinnon said

Calls for the once-in-a-generation consolidation of the three providers were raised as part of the Reserve Bank of Australia’s review of payment regulation earlier this year.

The review had asked whether the menagerie of domestic schemes and frameworks posed any challenges, and if there were any “changes or consolidation that might be worth considering”.

It pointed to the United Kingdom and Singapore, which have both undergone a similar consolidation of domestic payments infrastructure in recent years.

Two of the big four banks, the Commonwealth Bank and ANZ Banking Group, agreed that a review of the current schemes and infrastructure was needed.

This was despite the ramifications for legacy systems - like the direct entry system, which underpins both BPAY and eftpos - built up over the last 40 years.

In contrast, submissions to the review from BPAY and eftpos argued why they will continue to be relevant as standalone entities.

On Thursday, McKinnon said that the industry committee created to investigate the merger would consist of all 22 stakeholders across the three payment providers and an independent chair.

He said the process, which is expected to take between six and nine months, would focus on “issues of ownership, structure and corporate governance” around a potential merger.

“The intention of this committee is to create an inclusive forum that can collectively consider whether the consolidation of the three entities into one organisation might be in the public interest and in the interests of the entities’ existing shareholders,” McKinnon said.

NPP Australia now intends to “step back” as it established the committee, though it will continue the conversation about possible future improvements to the domestic payments industry.

eftpos chief Stephen Benton welcomed the decision to establish the committee, though he queried the timing of the announcement “given all the country has been going through”.

He said that “any investigation should look at a range of options”, and “any outcomes must be in the public interest, and drive efficiency and effective payment services”.

“Any solutions should drive for the most appropriate and optimum outcomes for end users in the long run, so any investigation into consolidation should include consideration of collaboration between the three schemes, that currently have a different focus, to greater public benefit,” he said in a statement.

“Alternatives to consolidation may include collaboration on core infrastructure assets, while competing on transactions and continuing to drive competition.

“Collaboration may have advantages such as speed to market, reduced investment – both operational and transaction costs – increased resilience and better leveraging of core assets.”

BPAY Group CEO John Banfield similarly welcomed the opportunity to assess the benefits of increased consolidation or better coordination of the country’s payments systems to “make life simpler for businesses, the industry and all Australians”.

“BPAY Group’s purpose is to make life simpler. The organisation has actively been building a dynamic and innovative group of companies and services in Australia that meet the needs of our customers in payments.

“There is a clear opportunity to tap into the experience, strengths and innovative growth of BPAY Group to create something materially more valuable, commercial and innovative for the broader industry,” he said.

“We welcome the opportunity to work collaboratively to assess whether there are benefits on increased consolidation or coordination for the betterment of all, and I personally look forward to participating in the committee.”