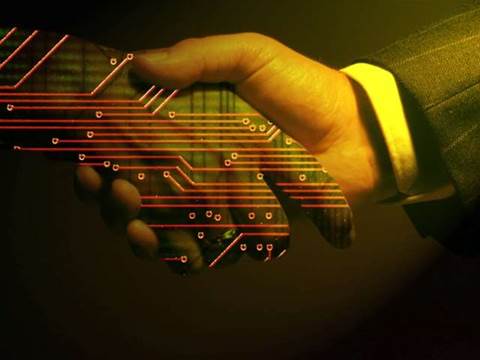 Novell has been bought for $US2.2 billion, while a large chunk of the firm's intellectual property will be sold to a Microsoft-led consortium.

As part of the deal, Attachmate will sell certain intellectual property assets to CPTN Holdings, a consortium of technology firms headed by Microsoft, for $US450 million.

Microsoft and Novell already had a solid relationship after coming together in 2006 in a partnership designed to ensure interoperability between proprietary and open source software – namely Windows and Linux.

The pair formed a controversial and surprising agreement whereby Microsoft would allow Novell’s SUSE Linux customers to carry on using the open source software without having to worry about Microsoft issuing patent lawsuits.

However, this meant no guarantees were given over protection of other providers’ Linux software.

The Attachmate deal should at least bring the troubles of 2010 to an end for Novell, which had turned down an acquisition proposal from Elliott Associates for around $US1.8 billion.

Following the rejection, and some disappointing quarter results announced in August, Novell’s directors said they would seek ways of improving stockholder value, including considering a sale of the company.

“After a thorough review of a broad range of alternatives to enhance stockholder value, our board of directors concluded that the best available alternative was the combination of a merger with Attachmate Corporation and a sale of certain intellectual property assets to the consortium,” said Ron Hovsepian, president and chief executive (CEO) of Novell.

“We also believe the transaction with Attachmate Corporation will deliver important benefits to Novell's customers, partners and employees by providing opportunities for building on Novell's brands, innovation and market leadership.”

Attachmate, whose owners also control system management firm NetIQ, will look to operate Novell as two separate business units under the names of Novell and SUSE.

Novell said it expected the deal to go through in the first quarter of 2011.

Clive Longbottom, business process analyst at Quocirca, said he thought $US2.2 billion appeared “a lot of money to pay,” which would make Novell’s board members happy.

“If I was sitting there looking at [$US2 billion] coming in, I’d probably be quite happy as a Novell shareholder,” Longbottom told IT PRO.

“As a Novell customer, I’d be very worried.”

As for what Attachmate will gain, Longbottom said the SUSE side “is perfectly manageable."

However, other aspects of the business, such as the unifying ZENworks software, which he claimed should have been a money-maker, will be hard to make successful, the analyst added.

Got a news tip for our journalists? Share it with us anonymously here.
Copyright © ITPro, Dennis Publishing
Tags:
22 acquired attachmate billion by for novell security