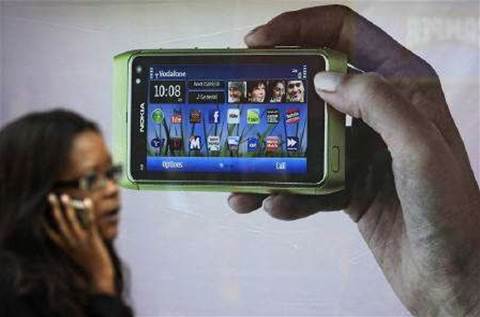 So smart it randomnly turns itself off.

Nokia, the world's top cellphone maker, has notified customers that some of its flagship N8 smartphones were sold with a power fault that meant they switched themselves off.

The success of the N8 -- Nokia's first real challenge to Apple's iPhone, more than three years after its launch -- is seen as crucial to Nokia's profit margins in the current quarter, analysts say.

Nokia sales chief Niklas Savander said "a limited number of N8 users" were facing the problem of their phones switching off, and they are not able to turn them on again.

A spokesman said the fault was due to a problem in production, which has since been fixed.

He said the issue was limited to the N8 model, but declined to comment on how many phones were impacted.

"Probably not all consumers have informed Nokia about the problems, so the final number of faulty products is likely to increase," Nordea analyst Sami Sarkamies said.

"Hardware problems can be tricky to find and solve," he said.

The fault in the power management stems from the way in which the engine component -- which includes most of the technology in the phone, excluding covers and batteries -- in the Nokia N8 was being installed.

"If you look at the total number it is a small number," Savander said in a video on company website.

The N8, first to use Nokia's new Symbian software, was originally scheduled to reach consumers in June. In April, Nokia warned the software renewal would take longer than expected due to quality problems, and said that the model would reach consumers by the end of September.

The model was finally in the shops last month.

A weak offering of smartphones and problems with software were seen as the main reasons for Nokia replacing Chief Executive Olli-Pekka Kallasvuo with Stephen Elop from Microsoft.

The N8 stands out among its rivals for its 12 megapixel camera, but has a slower processor than Samsung's leading model, the Galaxy S, and Apple's latest iPhone.