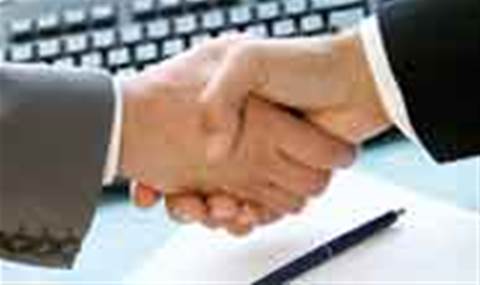 A small group of Nokia shareholders who claim to be former employees are attempting to orchestrate a revolt against the mobile behemoth's smartphone partnership with Microsoft.

The Nokia Plan B "manifesto" was published on Tuesday, containing a pitch to remove former Microsoft executive and now Nokia's boss, Stephen Elop from the company.

If the nine investors were voted to the board of directors, they promised an "immediate discharge of Stephen Elop" as president and CEO of Nokia.

They said they would replace him with a mobile industry insider and isolate the Microsoft deal to North America, while maintaining MeeGo as Nokia's primary smartphone platform.

The group intends to protest at Nokia's May 3 annual general meeting.

Local unions were also up in arms over the partnership deal. Antti Rinner, chairman of local union PRO has said that 6,000 Nokia roles at risk as a result of Nokia cutting investments in the Symbian operating system, according to a Financial Times report.

While there has been no comment from Nokia on potential job losses, Elop earlier this week appeared to appease Nokia investors when suggesting that the Microsoft deal would be worth "billions" to the ailing phone maker.

Meantime, TechCrunch also reports that Nokia also courted not only Google, but BlackBerry maker Research in Motion (RIM) - the one major player that Elop failed to mention in his burning platform memo.

The report also claimed that a deal with Google over Android fell through because Nokia wanted to replace Google Maps with its own Ovi system and had demanded changes to Android's core processes.