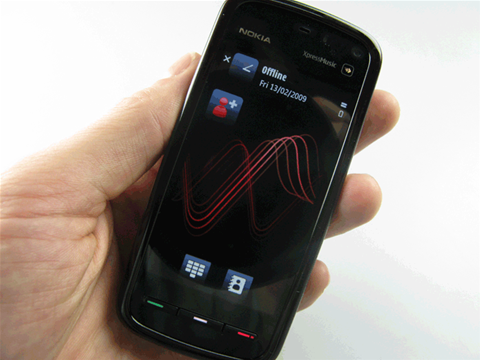 Will fund apps for the developing world.

Nokia's chief executive Olli-Pekka Kallasvuo has used his keynote address to the CES 2010 show to promise a million US dollars ($1.08 million) in funding for a developer that designs a mobile product that helps improve the life of the poorest citizens in the world.

Dubbed the Growth Economy Venture Challenge the competition will will include both hardware and software idea and the winning idea will be judged by a panel of Nokia staff and private venture capitalists.

The winning criteria is that the idea should improve the lives of people earning less than US$5 per day.

"We've seen what the tech community can do when it focuses on problems that are also opportunities", Kallasvuo said.

"We want to channel that energy toward improving lives in the developing world."

Kallasvuo said that mobile devices would be key to developing economies getting online and there were many more mobile phone users than people who had access to a computer. As such the mobile industry would have a key role to play in the next generation coming online.

This would however provide serious challenges, such as how to design a phone for someone who is illiterate. Nokia was developing such interfaces to suit these new markets but this had to be done using local knowledge and expertise.

"Business people often tend to lump all of the growing countries outside the West into one category,” he said.

“They call them 'developing countries,' 'emerging countries' or 'emerging markets.' Each of these markets is uniquely different and complex. A one-size-fits-all approach just doesn't work."

There are 4.6 billion mobile phones in use he said, but only 1.6 billion bank accounts and the company was moving forward with its plans for Nokia Money, a mobile phone banking system, to address this.

During the keynote he brought out an example of Nokia's first phone from 1987, the Mobira Cityman, which cost US$6,000 compared to its entry level model today, the 1606 which costs US$32

Got a news tip for our journalists? Share it with us anonymously here.
Copyright ©v3.co.uk
Tags:
countries developing idea mobile nokia phone software
By Iain Thomson
Jan 11 2010
6:52AM