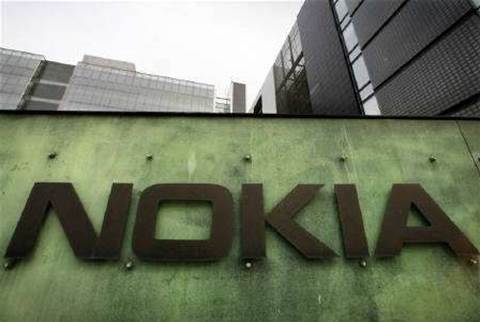 Over 10 percent of phone unit workforce.

Nokia will axe 7,000 jobs and outsource its legacy Symbian software to slash 1 billion euros (US$1.46 billion) of costs as it struggles to compete in the fierce smartphone market.

Nokia, the world's largest phone maker by volume, on Wednesday detailed an overhaul of its phone business following its decision to start using Microsoft software instead of its own Symbian platform.

The move includes laying off 4,000 staff and transferring another 3,000 to services firm Accenture - a total 12 percent of its phone unit workforce.

Accenture will take over Nokia's legacy Symbian software activities and support future smartphones, including those running on Microsoft's Windows platform.

Shares in Tieto, a key local supplier of services to Nokia, dropped more than 3 percent.

"This is about keeping focus within Nokia on Windows Phone. It helps to get rid of any doubts on where this company is going," said Gartner analyst Carolina Milanesi.

"For Accenture this opens up opportunities in mobile application development," Milanesi said.

The deal enables Nokia to cut annual business research and development costs by 1 billion euros, or 18 percent, by 2013 from 5.65 billion in 2010.

"Restructuring had been widely expected but Nokia will be hoping that the transfer of 3,000 of jobs to Accenture will help cushion the blow as it ramps down its Symbian investments," said Ben Wood, head of research at CCS Insight.

Nokia's market share in smartphones has fallen sharply over the past few years as it loses out to Apple and other manufacturers of high-end handsets.

"The competitive environment has changed rapidly," Nokia's Chief Executive Stephen Elop told a news conference in Helsinki, while outlining which parts of operations will be hit the most.

Nokia said most of the 4,000 layoffs will take place in Finland, Denmark and Britain, with all workers staying on the payroll through 2011.

Nokia hired Elop from Microsoft last year to replace Olli-Pekka Kallasvuo, in a bid to compete more effectively in the smartphone market. He is the first non-Finn to run the company, which evolved from a rubber boots-to-TVs conglomerate into a global mobile phone maker in the 1990s.

"This went slightly better than expected, because Nokia transfers Symbian development. These 1,400 people to be laid off are mainly MeeGo coders and they should have quite good chances to find new jobs," said Pertti Porokari, chairman of the Union of Professional Engineers in Finland.

Nokia said it would wind down its large operations in Copenhagen, cutting 950 jobs there, and close its second headquarters in White Plains, New York.

The move crushed Finnish media speculations of Nokia planning to move its headquarters to the United States.

Job cuts at Finland's flagship company is a blow to confidence in the country, already struggling with unemployment of around 8 percent.

Worries about jobs and possible cuts to social welfare fuelled the popularity of the populist and eurosceptic True Finns party in the country's general election earlier this month.