No Windows 10 for Surface RT devices 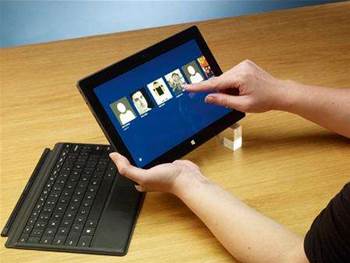 Microsoft has confirmed it will not upgrade Windows RT to its new Windows 10 operating system, and instead will only offer limited functionality upgrades to the mobile OS.

Windows 10, unveiled yesterday by Microsoft, aims to win back the users Microsoft lost with its former Windows 8 upgrade, which was unfavourably received due to radical changes to the user interface.

The company confirmed it would upgrade its line-up of Intel-based Surface Pro tablets - which currently run the fully-fledged﻿ Windows 8.1 operating system - to Windows 10 when the new OS is released.

But its ARM-based Surface RT devices won't be so lucky - the devices currently run a processor-specific version of Windows 8.1, and Microsoft today confirmed they would not receive Windows 10.

“We are working on an update for Surface [Windows RT], which will have some of the functionality of Windows 10. More information to come," a spokesperson said.

The company also specifically excluded Windows RT and RT 8.1 in the fine print of its free Windows 10 upgrade offer.

Microsoft has not yet confirmed what new functionality will be given to Windows RT devices, including whether they will be able to run the new Spartan browser or Microsoft's Universal Apps. The latter will run on Microsoft's Windows Phone 10 mobile operating system.

The use of ARM processors in Windows RT restricts the OS from running traditional Windows applications, meaning users receive a hobbled version of Windows 8.

Surface RT was not popular with users as it was unable to run some core Microsoft software such as the Outlook email client.

Poor sales of Surface RT forced the company to write down US$900 million in the middle of 2013. The lack of take-up also meant Microsoft lost the support of hardware partners - such as Acer, HP and Toshiba - that had initially signed up to build devices running on Windows RT.

Surface Pro, which runs the full Windows 8.1 OS, has proven much more popular with users and prompted Microsoft to release three generations of the device in the time since its 2012 launch.

Microsoft has committed to supporting Windows RT 8.1 for the same period of time as the x86 version of the operating system. Official support for Windows RT 8.1 will end on October 1, 2023, according to Microsoft's current lifecycle policy.