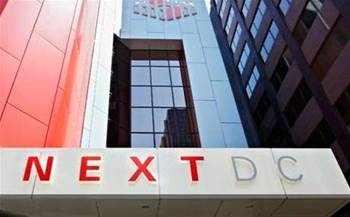 NextDC has reported its first-ever profit in its six-year history, raking in $1.8 million after tax in its most recent financial year.

Chief executive Craig Scroggie said the substantial capital investments NextDC had spent the past several years making were paying off.

"The value of our national data centre network to the regional IT industry continues to grow as we bring new connectivity options to our expanding customer and partner ecosystem," Scroggie said in a statement.

"When evaluating new material opportunities, the company undertakes a robust and disciplined approach to contract pricing with shareholder returns the ultimate determinant."

The co-location provider took the opportunity to update the market on the progress of its two new data centres in Brisbane (B2) and Melbourne (M2).

NextDC has chosen the locations of the two facilities and commenced preliminary site work, it advised. The $75 million Brisbane data centre will be based in Fortitude Valley and provide an additional 6MW of capacity when completed. The $85 million Melbourne data centre will be located in Tullamarine and will house 25MW after completion.

Both facilities are expected to open towards the end of the second half of the 2017 financial year, and will cost  between $120 million and $140 million combined to complete. NextDC has already invested an additional $80 million to $100 million in its existing data centres in 2016.

Got a news tip for our journalists? Share it with us anonymously here.
Copyright © CRN Australia. All rights reserved.
Tags:
data centrehardwarenextdc