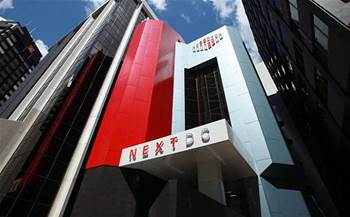 NextDC has announced the successful purchase of a plot of land in the Melbourne suburb of Tullamarine on which it will build its newest facility in the city.

The company yesterday also announced the location for its second Brisbane data centre, picking Fortitude Valley as the site spot. The two new facilities have a combined budget of $160 million.

The new Victorian data centre, coined M2, will be the most ambitious of NextDC's new builds, eventually targeting 25MW IT load, with an initial operating capacity of 2MW.

It boasted that the $85 million project will directly employ as many as 200 jobs, and indirectly support another 100 within the supply chain.

NextDC first revealed its hunt for a new data centre site in the Victorian capital in August last year. It today said it has spent the months since assessing “a number of potential sites” on their power access, water and telecommunications infrastructure, plus proximity to potential security and environmental risks.

The new site will be close at hand for future customers flying into Melbourne’s Tullamarine airport.

Victorian innovation minister Philip Dalidakis welcomed the new jobs the build would create and said he hoped the facility would continue his mission of attracting tech industry players to the state.

“The new M2 data centre will be a regional presence to some of the world’s largest cloud computing platforms and further cement Victoria's reputation as a hub for ICT and cyber security investment,” he said.

Both the Brisbane and Melbourne projects are due to be completed in the second half of FY 2017, with the Melbourne site likely to reach completion closer to the end of the financial year.