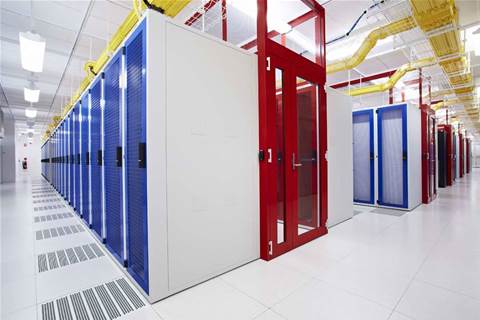 NextDC has decided to build a second data centre in Melbourne after spending the last few months assessing its options, today embarking on a $120 million capital raising for new facilities in both Melbourne and Brisbane.

It marks the first concrete pledge that NextDC will construct a sister facility to M1, after revealing it was considering the potential for another Melbourne data centre in August.

It reiterated its tentative plans just last week when it launched an unsecured notes offering to fund the construction of a second Brisbane facility, which closed oversubscribed at $100 million.

At the time, NextDC told investors it would “evaluate the feasibility of M2 including site selection” and would invest in the project “if the opportunity [to raise capital] arises to do so on attractive terms”.

In the wake of the successful debt offering, NextDC today said it would seek to raise an additional $120 million by issuing around 51 million new shares.

The capital raise is made up of a $50 million placement to institutional investors at $2.55 per share, alongside a $70 million “entitlement offer” to existing shareholders, who will be offered one new share for every 6.23 shares they currently hold at $2.25 each.

NextDC said a second Melbourne data centre was needed to take some of the load off M1, which is currently at 77 percent utilisation.

It revealed M2 will open in the second half of 2017 and cover 10,000 square metres with an initial capacity of 2MW, eventually expanding to a capacity of 25MW.

It will make the Melbourne facility larger than the planned B2 data centre in Brisbane, which will span 3000 square metres and boast an initial capacity of 1MW, with an eventual target capacity of 6MW.

M2 will also be larger than M1, which is a 17,500 square metre data centre currently using 10MW of its 15MW capacity.

The initial investment in the two new facilities is expected to total between $175 million and $200 million over the next 12 to 18 months, including initial capacity and land acquisition.

The capital raising will open on November 27 and close on December 11, and will be fully underwritten by Macquarie Capital.

The company also revealed it expects to spend $75 million to $85 million on its existing facilities in the 2016 financial year.

NextDC has $52.9 million in cash and term deposits, as well as a $50 million undrawn secured debt facility that it will use to fund the developments. It gives the data centre operator a total of $322.9 million to fund the new investments.