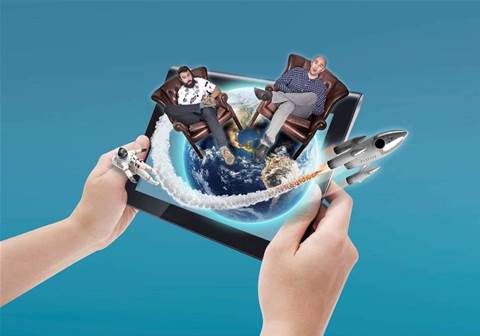 Plattar today announced it had closed a $1.1 million seed round thanks in the most part to lead investor News Corp as well as existing private investors.

Both companies declined to disclose the specific investment amount but said it was a "substantial" portion of the $1.1 million.

It runs on a software-as-a-service model and is targeted at publishers, brands and agencies.

The platform is currently in private beta, and is taking applications from interested parties.

Plattar claims a "blue chip early client base" in Australia, New Zealand and the US that includes the likes of Frucor, Geelong City Council, the University of Otago, and ISGM.

News Corp said it had partnered with Plattar in February to test the application of the technology with subsidiaries REA Group and Ray White, and claimed the platform had "huge potential".

Under the trial, Plattar created 3D Ray White listings in one of News Corp's publications.

"The end user downloaded the app and scanned the print listing that then popped up in 3D an interactive image gallery, location map and information on the property. It simplified the search process by quickly allowing the end user to find their ideal property with visual search," Plattar CEO Rupert Deans told iTnews.

"We will be looking to integrate AR and Plattar across many more of our publications," News Corp chief technology officer Alisa Bowen said in a statement.

"Augmented reality is a major component of the the next wave of consumer engagement, and we are excited to be bringing this capability to News.".

Deans said the $1.1 million would be used for product development, marketing activity, and scaling to match global demand.