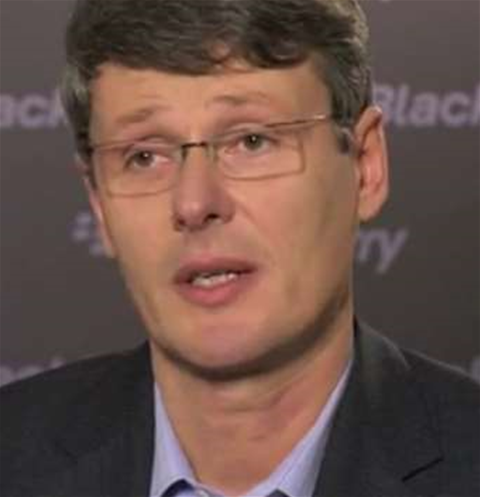 But do expect a bit of German discipline.

"I think that is something we need to get better at," he told analysts on a conference call Monday, according to a Seeking Alpha transcript.

Heins took the reins on Sunday after co-founders and co-chairmen Mike Lazaridis and Jim Balsillie stepped down from their roles.

The pair will remain on RIM's board with Lazaridis expected to continue playing an active role as vice chair and head of RIM's innovation committee.

While RIM's incomplete products and deployment delays were in the spotlight for much of last year, Heins reiterated RIM needed to focus on marketing, in particular to consumers.

The former RIM chief operating officer believed the company needed to improve product execution, which it would do with "rigid project management, rigid program management and also the process of defining a product and then executing on a product."

"I'm a German, so I like this word, the process discipline. I think that is something we need to get better at. But this is not a seismic change. This is scaling the company further. And we will continue to scale this company up," he explained later.

Heins said he was not interested in splitting up the company's integrated device, software and services business, but would be open to discussions about licensing its platform to others.