New Qld CIO: 'Cloud is not the panacea' 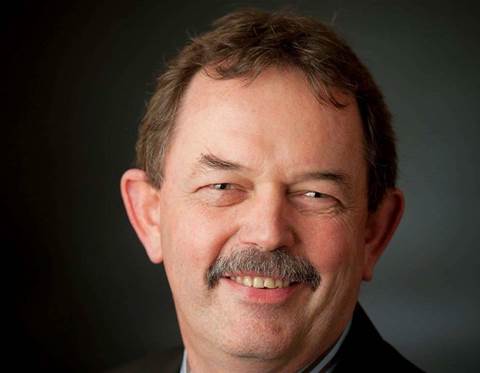 Will Queensland's incoming IT chief temper the state’s cloud evangelism?

Of all the Australian state governments, Queensland has emerged as cloud computing’s greatest advocate, and is the only one to date to pledge fully to the dictum of ‘cloud first’.

But soon its IT ranks will be led by a true cloud moderate, Andrew Mills, who believes in cloud where and when it fits the business need — and not really anywhere else.

Mills, who is currently the South Australian government CIO, will take up the top tech spot in Queensland in January next year. He believes cloud will not be a silver bullet to any government’s problems, no matter how hard they wish.

“Cloud is a significant change in the way ICT-enabled solutions are delivered to the business and is able to meet a large number of business needs.

“It is not, however, a panacea that will solve all current problems or meet all future needs,” Mills told iTnews by email.

He said during his six-year tenure as SA government CIO, the state was an early but quiet adopter of "cloud like" — if not "pure cloud" — services.

For the past six years he and his team have delivered a single government email system through a service-based contract, he said, and two-thirds of all government payroll has been delivered as-a-service since 2002.

In his vision for SA — he declined to comment on his plans for the sunshine state — “ICT enabled solutions will be selected so that they best meet the stated business requirements while providing the very best value for money”.

“The SA Government will move from buying hardware and software to buying services but acknowledges the need to match the solution to the business need and the reality of the diversity of solutions already in place,” he said.

Mills is no stranger to working with an empty purse.

He said “enabling the delivery of improved services to citizens in an increasingly resource constrained environment” is one of the greatest challenges facing the SA government IT community at present.

South Australia has been coping with some of the toughest economic conditions in Australia for some time now, as its population growth fails to keep pace with the rest of the country and export-focused industries struggle under a high Australian dollar.

A one percent efficiency dividend and 10 percent capital cut was brought forward in the 2013-14 budget as part of an ongoing effort to reduce the state’s debt by $8 billion.

Mills' expertise in thrifty IT will be invaluable as Queensland similarly looks to cull its own expenditure.

It has also formed a cornerstone of his parting gift to the state he has worked for since 1998, the new ICT strategy 'SA Connected’.

"There is no single way of coping with an ongoing constrained budgetary environment," he said.

"From a South Australian perspective this reality has been pivotal in shaping all aspects of the new strategic direction.

"Many of the aspects of the new strategic direction such as incremental improvements, digital by default and buying services have been shaped by the constrained environment that the jurisdiction operates within."

What will he leave behind?

Mills said he was looking for his next challenge after six years in the South Australian public service.

“The opportunity in Queensland was well timed and I am now looking forward to beginning the role in the new year," he said.

The revelation that he had been picked for the Queensland job came just over a week before South Australia's Premier formally marked the completion of a final milestone for Mills, the first new ICT strategy the state has seen since 2007.

‘SA Connected’ emphasises a service orientation over IT asset ownership in procurement terms, and vows to secure a new approach to IT projects based on incremental change.

“The strategy puts the focus on true collaboration and the expectation is that agencies will work in partnership to benefit the community,” Mills said.

Despite this tangible legacy, Mills said the achievement he will remember most fondly is embedded in culture and impossible to measure.

He nominates “building a productive environment within the Office of the CIO focused on sharing and collaboration across the SA Government,” as his number one achievement while working for the state.