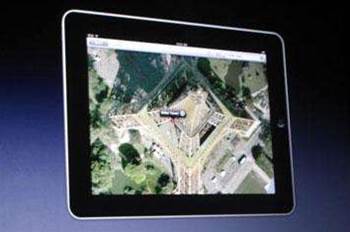 Turns iPhone into a 3G modem for iPad.

A new application for users of 'jail-broken' iPhones allows them to be used as 3G modems with Apple's new iPad tablet.

The MyWi application costs US$10 ($11) and turns the iPhone into a Wi-Fi hotspot that can then be detected by the iPad and used for internet access.

This saves iPad users paying the price premium that Apple is charging for the forthcoming 3G iPad hardware, and lets them use their existing unlimited data contracts from the iPhone instead of starting a new one.

However, the application can only be used if the owner has broken the copy protection of their iPhones, an act which Apple warned in an advisory last month may result in dropped calls, patchy service and security problems.

Apple is playing a constant game of cat and mouse with jail-breakers and is taking measures such as banning known crackers from its App Store, although some argue that once a person buys a device they should be able to use it as they please.

If this and other applications that allow iPhones to be used for Wi-Fi take off, AT&T and other operators may ask Apple to update the operating system to block them, although based on the speed with which other products have been cracked this seems unlikely to be a permanent solution.

Got a news tip for our journalists? Share it with us anonymously here.
Copyright ©v3.co.uk
Tags:
3gappappleapplicationhardwareipadsoftwareused