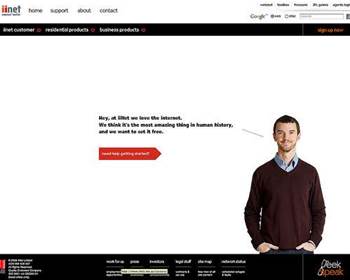 Bonded ADSL to be launched within weeks.

iiNet has confirmed that it has been secretly working on a new broadband ADSL service which will offer dramatically higher speeds for Australian businesses.

Based on a technology called ‘Bonded ADSL', iiNet call centre staff told CRN that trials have produced speeds of up to 40 Mbps, double that available with existing ADSL2+ services.

An iiNet spokesman confirmed that the carrier has had the product in development for some time and that back end systems were prepared in readiness for a launch within a fortnight. He was, however, unable to confirm the exact speeds or pricing by the time of publication.

Customers need to have two phone lines to use the service - a master line and a slave - which requires a special load-balancing modem that merges the two lines into one stream so as to boost speed.

The delivery of the new service is thought to be part of an iiNet strategy to capture business customers seeking higher speeds than those provided by existing ADSL services, but without access to or the budget for fibre-based services.

Earlier this week, iiNet announced that it would begin reselling routers, switches and IP phones manufactured by Cisco Systems to embrace the small business market - an agreement initimately tied into the Bonded DSL offering.

Bonded ADSL is also capable of delivering better upload speeds than other ADSL services, with some estimates of 4.5Mbps or more.

As is the case with ADSL2+ service, actual download and upload speeds may to be different to the best-case figures quoted to us above.