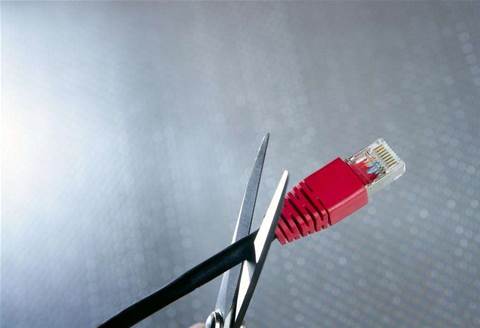 Australian users are experiencing higher than usual latency and performance degradation for data traffic thanks to continuing problems with the Sea-Me-We 3 cable running between Perth and Singapore.

Sea-Me-We 3 was cut at segment 3.3 on September 25 this year, causing severe slowdowns for Apple customers on Telstra's network.

A repair ship was dispatched, aiming to mend the broken circuit by October 15.

However, a second fault was later discovered that pushed forward the estimated restoration date for the cable to October 25, according to Vocus general manager of engineering, Rick Carter, who tweeted status updates for Sea-Me-We 3.

Repair ship ASEAN Explorer restored service on Sea-Me-We 3 on October 20, ahead of the estimate, but the cable developed a further fault on October 23, according to an iiNet fault advisory that put the estimated time of repair at November 11.

The current fault is located between repeaters 108 and 109, 360 kilometres from the Ancol Cable Station near Indonesia's capital Jakarta.

ASEAN Explorer has been dispatched and is anchored at Batam Batu Ampar, Riau Islands, Indonesia, awaiting work permits from authorities, according to Vocus' Carter.

Subject to weather and permit approvals, the estimated time of repair for Sea-Me-We 3 is now November 7.

Sea-Me-We 3 is one of the world's longest cable systems at 39,000 kilometres, and one of the most disruption-prone circuits for Australian customers, having suffered multiple cuts over the past few years.