Netflix may have to delay shows for Aussie users 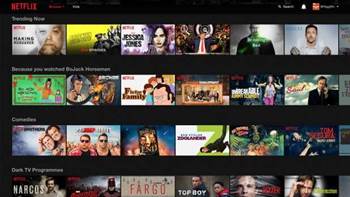 Netflix is warning Australian users that they could soon face delays seeing new shows because classification of the content is taking too long.

“As Netflix increases its investments in content, more and more titles will need to be given an Australian classification,” Korn said.

“However, there are significant obstacles associated with classifying large volumes of content.

“Processing delays could result in content being premiered later in Australia than in other Netflix markets.”

Broadcasters – traditionally one of the largest distributors of first-run content – employ in-house content assessors to classify shows according to Australian standards.

The games industry, meanwhile, can use an “approved classification tool” developed in collaboration with the International Age Rating Coalition (IARC). The survey-like tool can be used to quickly classify games for digital release, and trials showed it substantially quickened the pace of classification.

“There is currently no capacity for SVOD providers to self-classify the content supplied to their customers,” Korn said.

“Classification costs for the SVOD industry will continue to increase as the range of online content choices for Australian consumers continues to expand.

“Netflix adds thousands of hours to its Australian catalogue each month. Many of these titles, including Netflix original content, have never been shown in Australia and need to be given an Australian classification and labelled with appropriate consumer advisories.”

Netflix wants to see a “technology-neutral” approach to content classification adopted in Australia, addressing what it sees as a “regulatory gap” that could stifle the rapid growth of the SVOD sector.

It is backing a draft proposal by the government to consolidate all classification functions in Australia under a single regulator - the Australian Communications and Media Authority (ACMA).

But while the current Classification Board agrees that the present system “has been slow to keep pace with technology”, it is against the prospect of being folded into the ACMA.

It claims ACMA assessors lack the breadth of skill that would be required to assume full responsibility for classification functions. The Board argues instead that it should be expanded.

The release of content simultaneously on multiple platforms and in multiple territories has grown in importance in recent years as staggered worldwide release dates are circumvented by internet users.