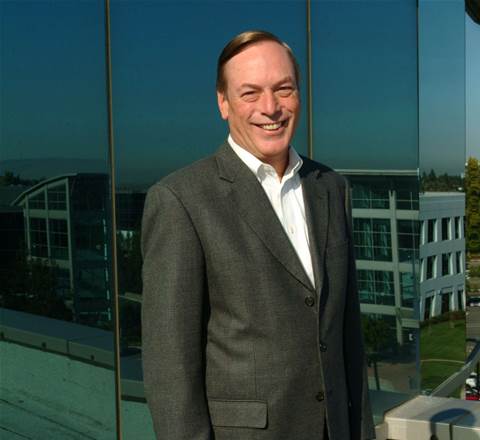 Storage vendor NetApp has shelled out US$1.5 billion for Data Domain, the American leader in data de-duplication technology.

The acquisition was announced in tandem with the release of disappointing financial results for NetApp.

For Fiscal 2009, NetApp reported net profit of US$87 million, down 72 per cent on US$310 million in Fiscal 2008. This despite annual revenues actually rising marginally to US$3.4 billion.

iTnews understands that storage vendors have needed to discount heavily to keep enterprise and Government customers buying kit during the last nine months.

But Warmenhoven paid tribute to his staff for keeping revenues up and costs contained, while operating on "increasing operating margins."

NetApp's acquistion of Data Domain will take one of the world's leaders in data de-duplication technology to far wider channels.

Data de-duplication or "dedupe" is a technology that automates the process of removing duplicate files from volumes of storage.

It works by assigning a unique signature to every block of data in a given volume. If more than one data block with the same signature is discovered elsewhere in the volume, all other but the original are deleted and replaced with the smaller footprint of a reference/pointer to the original.

NetApp claims its own flavour of data de-duplication technology, used by 7,200 NetApp customers on over 37,000 systems, can remove between 35 and 50 per cent of the data storage sitting in most enterprise IT systems.

A spokesperson for NetApp told iTnews it is "still too soon in the process to discuss pricing models."

In a statement announcing the deal, NetApp says the Data Domain business will become a "product line within NetApp's product operations organisation."

Warmenhoven described Data Domain as an "innovative high-growth company with a complementary product line ideally suited for multi-vendor environments where customers want to minimise their use of tape for backup.

"NetApp has the distribution channels and international reach to offer Data Domain products to more customers, accelerating growth and market adoption," he said.

"Notwithstanding the rapid record sales growth Data Domain has experienced over the past five years, with NetApp's distribution channel and customer base, we have an opportunity to accelerate even further," said Frank Slootman, president and CEO of Data Domain.