Neobank Up's vision for next generation of banking apps 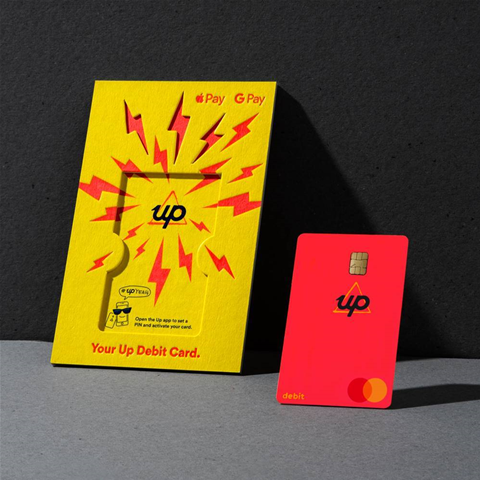 Neobank Up is working on the next generation of its public API which it believes will give customers more creative ways to automate and control their money.

The two-year-old bank launched the beta version of its public API in July, giving customers programmatic access to their balances and transaction data using a token.

Around 2000 customers have generated their own API token allowing them to plug their own banking data into applications they build.

So far, Up customers have built apps to serve their specific needs such as alerting them when their balance gets below a certain level or displaying transactions directly into an Excel spreadsheet.

Other more novel solutions have emerged including an integration with Spotify which turns a Google Home into a jukebox and attaching a Raspberry Pi to a sprinkler system as a gimmick to solicit donations for a school.

Anson Parker, head of product at Up, explained to iTnews the initial beta release is limited in scope and meant for personal use only; building custom applications using the Up API requires customers to have some level of technical ability, whether they be programmers or hobbyists.

"We really just wanted to learn about how it is going to work and see what people are doing with it,” Parker said.

“An API allows you to essentially open your platform up to the internet and allow people to build integrations with your platform and expose ideas and concepts that you might not have otherwise seen.”

The first version of the API provides “read only” access to individual balance and transaction data.

The next phase, currently in development, will enable transfers and payments through the API.

"The exciting thing - and what we are getting to next - will be transfers; the ability to move money within your Up accounts. I think we will see a whole new crop of apps and ideas come up around that,” Parker said.

Similar to a digital swear jar, the next generation of the API will allow money transfers to occur as a result of certain events which can be used to discourage or reward certain behaviours.

For example, a fitness tracking app could recognise when you ride your bike to work instead of taking the tram and the API tells your bank to transfer the unused tram fare to a savings account.

Or the rules could trigger "some crazy mash up of investing and spending" so every time you buy a burger at McDonalds, the app rounds up your spending to invest a small amount into a fractional share of the fast food company.

Freeing up customer data to power more innovative banking applications is one of the goals of Australia’s nascent open banking regime.

However Parker said open banking is still a long way off enabling the functionality to actually move money on behalf of consumers with their consent.

As a result of its partnership with Bendigo and Adelaide Bank, Up is required to meet the same mandated data-sharing deadlines as the smaller Australian banks.

Parker said the bank will also look into becoming an accredited data recipient “down the track” which will lower barriers to switching between banks, for example, by allowing customers to bring their address book, transaction and payment data with them.

While supporting open banking, the challenger bank says ”there's more immediate value” for its customers in its API.

“We'll support open banking for that big foundational stuff but then we'll also have a faster moving, more innovative API that can actually enable that next generation of ideas,” Parker said.

Parker explained that the public API has been on the bank’s roadmap since launch, and comes from a philosophical view that customers should be able to access and use their own financial data.

"From our point of view it wasn't necessarily the response to open banking that 'we should do an API'... we just always really believed that we should do it," Parker said.