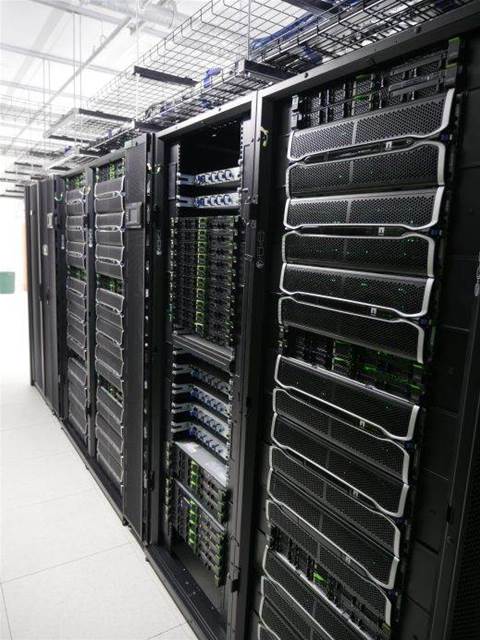 NetApp E-series storage for the Raijin.

The National Computational Infrastructure (NCI) has purchased new storage kit from Fujitsu, NetApp and HPE to support growing demands on the Raijin supercomputer.

The machine's current Linux cluster or Lustre storage was deployed in 2011 and has reached the end of its operational life.

The new storage will provide a global file system - gdata1- that doesn't require time-consuming copying of data from one computer to another. Instead, data is accessible and can be shared across all systems.

A second stage replacement for gdata1 will see it move to the Sun Microsystems-developed ZFS file system for Lustre, running on HPE Apollo HPC storage, providing 12PB of capacity.

NCI said the new gdata1 system will use Mellanox EDR Infiniband interconnects with around 70 gigabytes per second bandwidth.

The NeXtScale cluster will connect to Raijin's new storage systems.