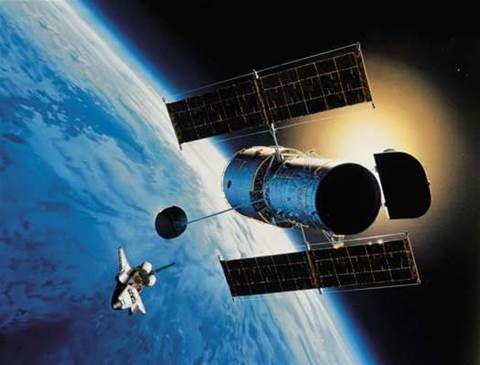 Says no plans to police network for copyright infringement.

NBN will equip itself with network monitoring tools to combat the potential for leechers sucking up high amounts of bandwidth on its soon-to-launch long-term satellite service.

The network builder today published a request for information from suppliers of deep packet inspection technology, which it said would allow it to "enhance its capacity planning, offer new services and improve congestion management".

A spokesperson for NBN said the chosen DPI technology would help the network builder and retail service providers clamp down on satellite users causing congestion on the service.

NBN experienced the same problem on its over-capacity interim satellite service, which was plagued with complaints of speeds at almost unusable levels since reaching its capacity of 48,000 users in December 2013.

NBN earlier this year ordered all satellite RSPs to enforce a 50GB four-week usage threshold for the less than five percent of customers causing the congestion.

The satellites are due to launch on Thursday from French Guiana before going live to users next April.

"It is all about ensuring that end users on the long-term satellite service can get the benefits of the fair use policy," an NBN spokesperson said.

"We need to be able to pinpoint users with excessive demands who exceed their monthly cap. That’s to ensure that everybody can get their fair share of satellite capacity, which is of course a finite resource."

When asked why such issues needed to be managed at the wholesale level rather than through retail service providers, NBN said its role as the owner and operator of the satellites meant traffic concerns impacted both NBN and RSPs.

Congestion management has traditionally been a telco codeword for throttling of peer-to-peer traffic such as torrents.

Deep packet inspection allows network operators to, among other things, detect specific P2P application signatures usually found during the initial message exchange between two network hosts. It can also classify all traffic for that conversation.

Other telcos such as Telstra have previously used DPI to tackle P2P traffic but denied the clampdown was related to tackling the issue of online piracy.

NBN similarly indicated its use of DPI would not extend to enforcing copyright rules.

"That's not the intention," an NBN spokesperson said. "It is to manage the fair use policy for the long-term satellite service."

NBN declined to comment on whether it had been approached by the government for assistance on blocking copyright-infringing sources of traffic at a wholesale level.

The federal government in June successfully passed legislation that aims to clamp down on online copyright infringement through the Senate.

The law amends the Copyright Act to allow rights holders to apply for overseas websites used for downloading and uploading copyright infringing content - such as The Pirate Bay - to be blocked.

But the government has not been as successful with its efforts to get an industry scheme addressing piracy up and running.

The government managed to get the telco and content industries to agree on an voluntary code in April, but the scheme is still yet operational because the two parties cannot agree on who covers the cost. It won't come into effect until the issue has been resolved.