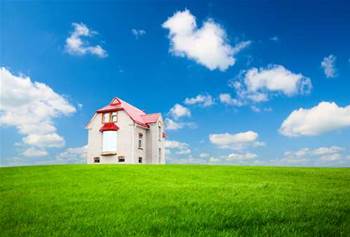 NBN Co chief executive Mike Quigley told a Senate estimates hearing this week that up to 30 percent of data provided by PSMA for multi-dwelling units such as apartment blocks was inconsistent.

The accuracy of data for single homes was much higher, at an estimated 95 percent, but Quigley said the data inaccuracy had exceeded NBN Co's risk assessment.

"We had assumed that the address database we could get would be considerably more accurate," he said.

"It's not so much that people are supplying that data they know to be wrong, it's just that this data is very difficult to gather."

At the time, PSMA chief executive Dan Paull said the system had a "proven track record of supporting business critical systems in a wide range of industries including the telecommunications, insurance, banking and finance and utilities sectors".

The PSMA database, dubbed G-NAF, provides addresses for 13.14 million Australians premises based on data collected from state and territory governments, Australia Post, the Australian Electoral Commission and other agencies.

Some of that work has since been automated through new IT systems acquired by the company.

"[PSMA data] isn't quite what we need to do this job," he said. "We have cases where many addresses are assigned to a single block. This impacts almost everything on what we do."

The manual check process, Quigley said, was "time consuming, costly and itself prone to error".

NBN Co has spent a number of years developing its own address coding system, providing unique codes to each address marked for rollout under the NBN so access seekers can request services.

But the internal system remained subject to the accuracy or inaccuracy of geolocation data provided by the contractor.

Neither NBN Co nor PSMA responded to emails from iTnews at time of writing.

Some of the accuracy problems could potentially be solved by a web portal the PSMA plans to launch later this week, giving real-time access to new or modified addresses as they are collected and cleaned.

The web service is underpinned by Government-led attempts to establish best practice guidelines for government bodies to collect and verify addresses.

PSMA hosts the data in a multi-tenanted private cloud environment, tying together a range of software from Oracle, specialist providers and an in-house tool that it plans to update later this year.

"G-NAF has undergone significant improvements since its launch in 2004," Paull said in a paper (pdf) to a disaster management conference last month.

"Many of these improvement programs, including those tackling the most circuitous issues, will culminate in 2012."