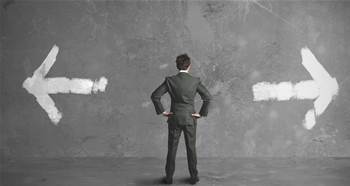 Who should handle pricing and regulation?

A review panel tasked with undertaking a cost-benefit analysis of the NBN has questioned whether the competition watchdog should be responsible for economic regulation of the telecommunications industry.

The panel, appointed in December, released a working paper on Thursday calling for public and industry views on the industry’s regulatory environment following the rollout of the NBN.

Chief among its considerations were the role of the Australian Competition and Consumer Commission (ACCC) and the future treatment of NBN Co.

The paper said Australia was "unusual" in that it invested responsibility for economic regulation of telecommunications in a generalised body whose responsibilites include administration of competition law.

"Originally, the decision to transfer those powers to the ACCC was based on the view that telecommunications-specific provisions would merge over time into the national access regime established under Part IIIA of then Trade Practices Act," the paper stated.

"However, no such confluence has occurred nor seems likely to occur, though it may well be that some aspects of the current telecommunications provisions will eventually be substantially streamlined."

As such, the paper called for submissions on whether the ACCC should continue to handle telecommunications price and competition issues.

The panel’s chair, Aurora Energy director Michael Vertigan, described the working paper as a “high-level” start to the consultation process.

The panel has also asked for views on how NBN Co's operations should be regulated in future. Key considerations include how its wholesale-only obligation is defined, whether it should be excluded from certain markets and the process for eventual privatisation.

The panel is due to provide its final report on regulation and policy to government in June.

It is still working through its cost-benefit analysis of the NBN and has not yet provided a reporting date.