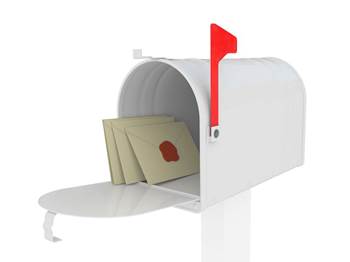 The Department of Broadband, Communications and the Digital Economy (DBCDE) is drafting responses to over 700 letters received by various government ministers from their constituents about the National Broadband Network.

DBCDE first assistant secretary Marianne King told delegates at the AFR broadband conference in Sydney that the public response to the NBN announcement "had been overwhelming".

She said her team was preparing and reviewing responses to the many hundreds of letters the Government had received.

"As a young graduate [in the public sector], I can recall one of the most dreaded tasks to be given was preparing responses," King said.

"I now recognise the responses are important because most people write genuine letters on what matters most to them."

King said she was responding to an "expletive-ridden" letter from "Doug in Queensland" that told the Government "in no uncertain terms" it should build the NBN - and offering his services to dig trenches.

The letter reinforced the Government's focus on investing in regional Australia and using the NBN as a platform for economic stimulus, she said.

"These letters don't in themselves drive policy but they do give insight into what's important to Australians," King said.

She said the Government was applying a strong project management methodology to the way it approached the network build.

She outlined the difficulties of project management in the public sector -- including layers of regulation and committees that cover areas such as probity, fairness considerations and tender publishing -- and the task of keeping the Minister informed of progress.

"From a taxpayers viewpoint I'm sure [all these layers are] encouraging because they need to be confident that appropriate safeguards are in place to make sure the NBN is implemented efficiently, effectively, on time and within budget," King said.