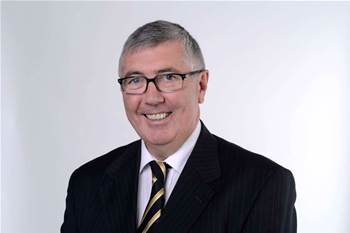 NBN's chief operating officer Greg Adcock will leave the national network builder to look for new opportunities after the organisation deemed his role was no longer needed.

It is understood Adcock and CEO Bill Morrow came to a mutual decision not to continue with the COO position, which has somewhat diminished as the national broadband network has progressed.

NBN said in a statement Adcock had joined at a time when the build was facing substantial challenges, but had now stabilised and ramped up.

NBN will not replace Adcock as chief operating officer, and is instead recruiting for a chief network engineering officer.

Head of regional deployment Peter Ryan will fill in as the organisation conducts an external search for a permanent replacement.

Adcock will now move into an advisory role until he departs early next year.

“We appreciate Greg's contributions in advancing NBN and helping the company overcome many of the challenges it was facing in network delivery.," Morrow said.

“Greg leaves the network engineering and deployment team with strong leaders, ready to scale and accelerate the build of the NBN network."

"I am pleased to have been a part of the leadership team driving the progress made over the last two years," Adcock said in a statement.

"I can’t thank the NBN team enough for their focus and dedication and I will watch their continued progress with pride."

Adcock had joined NBN in late 2013 as a replacement for shunted COO Ralph Steffens.

Prior to joining the network builder, Adcock had spent 20 years at Telstra, including serving as the lead of negotiations for Telstra's NBN definitive agreements.

He was one of a string of Telstra excecutives at that time to join NBN.

At NBN Adcock was tasked with leading the organisation's network design and deployment activities, including contract management and operational processes and systems.

He was also key in the network engineering and deployment activities for the multi-technology network, as mandated by the Coalition government.