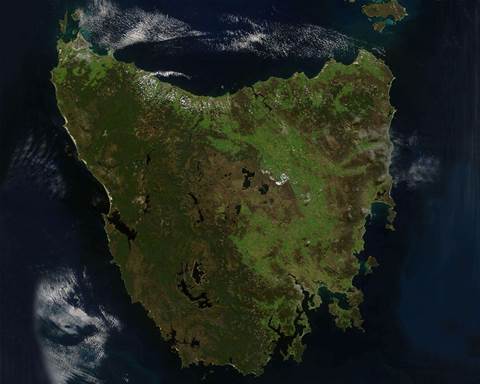 Negotiations continue on others.

NBN Co has confirmed plans to build a third satellite station in Tasmania ahead of an initiative to launch two Ka-band satellites by 2015.

The site would be built at Castle Forbes Bay near the southern Tasmanian town of Geeveston, and serve as a satellite hub for surrounding rural locations including Port Davey, Strathgordon and Cradle Mountain.

It is one of ten ground stations the National Broadband Network builder is planning to construct to support the satellite system, which will deliver speeds of up to 12 Mbps downstream and 1 Mbps to three percent of the Australian population, or 200,000 premises, as part of the wider network.

NBN Co has already confirmed plans to build similar stations at Bourke in regional NSW, and Wolumla near Merimbula on the south coast.

But it is understood the network operator is still in negotiations with councils in at least seven other areas to construct similar facilities, including at:

Each would house a similar facility — an interconnect building and two satellite dishes designed to connect with spot beams from the two Ka-band satellites.

Traffic received from the satellite is then backhauled to one of 40 points of interconnect earmarked in regional locations for connection to the rest of the network.

They would serve as a backhaul location for up to 20,000 premises connecting to the satellite in the area.

An NBN Co spokeswoman did not return requests for clarification on when the remaining ground station locations would be finalised.

The use of ten sites contrasts to lower-powered satellite networks from Optus and IPSTAR currently in use in Australia, each of which use two stations each.

NBN Co satellite program director, Matt Dawson, has previously told iTnews that the ground station locations had been chosen based on proximity to the network operator's transit network as well as climate conditions, and surrounding infrastructure.

"To be able to liberate the sort of capacity we need from the amount of spectrum that's available to us, we need to have essentially nine earth stations and the tenth one is a backup.

Huon Valley Council mayor, Robert Armstrong, welcomed the chance to build the satellite ground station in Geeveston but other Tasmanian groups remained critical of the decision.

"Geeveston remains an odd choice for this facility," said Andrew Connor, a spokesman for Digital Tasmania, which has historically championed the NBN rollout in Tasmania.

"Most internet traffic originates on the mainland or overseas, making travel through space and back to Tasmania needless — it simply introduces more delay, increases the chance of failure and raises costs for providers," he said.

He echoed calls from several regional and rural councils to spend the infrastructure funds on increasing the rollout of fibre-to-the-home technology at locations currently earmarked for fixed wireless or satellite connections.

NBN Co, however, has been reticent to move past the approximate 93 percent cut-off of premises eligible for fibre connections due to the increased cost of rolling out to these areas.

Those councils which have refused the company's applications to erect a fixed wireless tower have been threatened with the possibility of receiving the slower satellite connection, rather than boosting their chance of fibre.