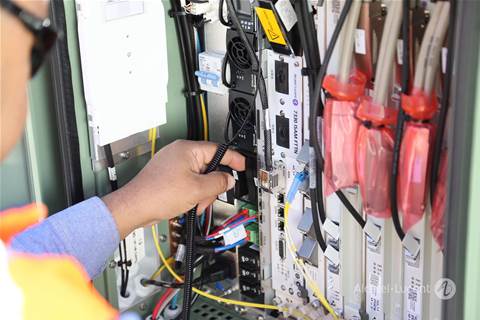 NBN Co has embarked on a second trial of fibre-to-the-node technology for 200 end-users to test the network ahead of the commercial launch of an FTTN product.

In a test agreement [pdf] published today - as first reported by NBN watcher jxeeno - NBN Co revealed it had begun work on a new FTTN trial on March 31.

The trial will run until November 31 unless extended, the company said.

iTnews understands the trial will take place in the Lake Macquarie region of NSW. Orders have already started coming through for the service.

Lake Macquarie was named as one of the first 140 suburbs to get FTTN as part of NBN Co's 1000 node construction trial.

Results from the Umina trial showed customers achieved average download speeds of around 98Mbs and 33 Mbps up.

Last Friday at a senate committee hearing on the NBN, Telstra's group executive of corporate affairs Tony Warren said the Umina FTTN trial results were not indicative of real-world experience.

He said there would be "other trials which we believe may be occuring in the future" that may provide more realistic examples of customer experience.

The network builder has previously scheduled the release of an FTTN wholesale product for the third quarter of this year.

Business readiness testing for FTTN deployments and the onboarding of retail service providers (RSPs) is expected to start in the second quarter.