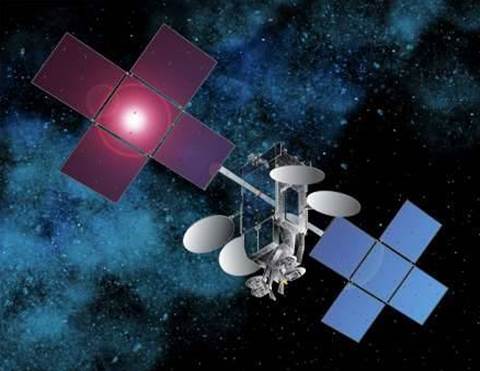 European space company Arianespace will get the $300 milion contract for launching two satellites for NBN Co, The Australian reports.

As part of the contract, Arianespace will build two 777,000 kilogram rockets to launch 6.25 tonne satellites into geostationary orbit at 35,786 kilometres above the equator, from the French Guyana spaceport in 2015.

The news was also reported by the communications publication CommsDay. NBN Co has called a press conference for 10.30am AEDT.

The satellites will provide broadband at 25/5Mbps fto premises in remote areas on mainland Australia and the country's external territories such as the Christmas, Norfolk, Lord Howe and Cocos Islands. (pdf)

Space Systems/Loral will build the ka-band two satellites for NBN at a cost of $620 million.

Ten satellite stations around the country are being built for $180 million.

Arianespace is owned by the French space Centre National d’Etudes Spatiales and European space companies from ten countries and has launched 232 satellites and craft since 1980.