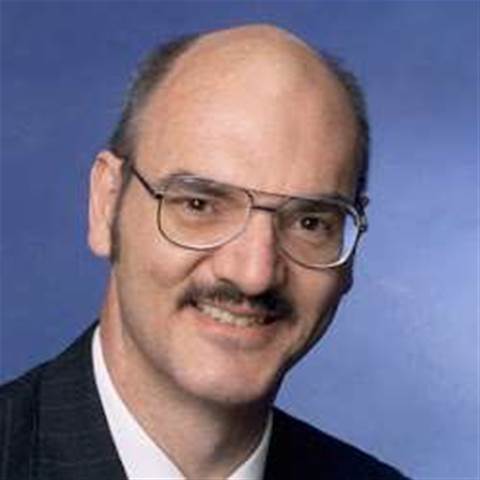 NBN Co's statement, and our response.

Last night (Wednesday evening) NBN Co sent iTnews a detailed statement claiming that our analysis of its rollout progress was "untrue" and "not supported by the facts."

We were grateful to receive this feedback. Our concerns — and intentions to publish yesterday's story — were relayed to NBN Co on Thursday February 28, and we gave them 3.5 working days (5.5 full days) to give us a response.

The original story will run unmodified, the reasons for which are listed on Page Two of this response.

We would like to reiterate the irrefutable facts revealed by an analysis of NBN Co's own data:

IT News has claimed that NBN Co is deliberately manipulating its figures in order to make the rollout appear larger than it is.

The assertion is entirely untrue.

A correct interpretation of the data published on NBN Co's website confirms the following facts:

Furthermore, ITNew's claim that "towns and cities have disappeared" from the rollout is not supported by the facts. It looks to be based on an erroneous assumption that FSA boundaries are fixed over time.

IT News gives the specific example of the Townsville suburb of Gulliver as being "one of the biggest losers from the redistribution".

Yet our network planning records indicate Townville has not lost out at all.

NBN Co received details that the size of the telephone exchange at Gulliver wasn't large enough to serve 12 FSAMS. So we had to transfer a number of premises from the Gulliver FSA to the Townsville FSA bringing its total FSAM count to 12 and reducing Gulliver to 8 FSAMs.

In the original planning, Townville had 8 FSAMs and Gulliver had 12 containing approximately 50,000 premises.

In the current plan, Townsville has 12 FSAMs and Gulliver has 8 – still containing 50,000 premises.

This is merely one of many such errors of fact in the report.

In fact between the January and February Ready for Service releases there was also an update to our One Year Construction Rollout Plan. This plan included the movements of a number of FSAMS from one FSA to another as we applied the network design rules. These rules take into account factors like the maximum length a fibre cable can run, or the availability of existing infrastructure, and they are applied when NBN Co moves from a "desktop (PC based) design" to a "physical design" – based on on-the-ground site inspection.

The effect of the changes were published in the February Ready for Service data and resulted in changes to the number of FSAMs in some FSAs, which affected the premises count in some areas.

Further, there have also been some fluctuations in the numbers of premises in different construction modules reflecting the fact that more detailed information about premises counts is uncovered as we move from desktop design to detailed physical design following area-by-area walk outs.

However, these changes in premises in particular FSAMs do not alter the construction target. NBN Co is still working to the target of passing 286,000 premises by the end of June this year – and the spreadsheets referred in the article actually indicate this.

NBN Co's construction progress is monitored and managed on a daily basis and the company issues a monthly "Ready for Service" spreadsheet report to service providers with forecast dates of connection. Dates for FSAMs move backwards and forwards in this report depending on real construction progress, which can be affected by availability of connecting infrastructure, severe weather events such as floods or bushfires, or the readiness of underground conduits.

However, the forecast date for FSAMs to be ready for service can – and do – get pulled forward after having previously moved backward.

What the figures show is how open and transparent NBN Co is about the rollout, even down to the expected ready for service date for individual FSAM or some even smaller Fibre Distribution Areas.

On the question of New Developments – the following comments can be attributed to:

NBN Co has previously said that the Greenfield build is one of the most challenging aspects of the rollout, as it is based on demand from developers for works that are spread right across Australia. Connecting new developments is a particularly challenge in areas where NBN Co hasn't got existing network to connect premises to, and the rollout relies on a number of critical factors such as access to pit and pipe infrastructure in which to install.

We are extremely focussed on the need to provide services in areas where people have already moved in, and we are applying additional resources and effort to provide these services as soon as we can."

Why our story holds true

NBN Co's statement ignores the central theme of our analysis: that parts of the rollout are slipping or delayed.

NBN Co's statement does not address these delays. It evasively argues that the story is incorrect because we said these connections had 'disappeared'. It's a play at semantics that doesn't hold any weight against our analysis.

We used the word 'delayed' because it would be disingenuous to suggest that the connections won't be made at all. That will only be relevant if a Coalition government is elected and the project gets scrapped. Otherwise, the assumption is that if NBN Co rolls out an entire network, then all in the nation get a network, and the story becomes a question of when.

NBN Co goes on to say "the forecast date for FSAMs to be ready for service can – and do – get pulled forward after having previously moved backward." No examples were provided.

The statement also introduces some of its own:

And to quote that "towns and cities have disappeared" is selective.

The full sentence from our analysis was and is:

"A substantial percentage of the fibre connections promised to 14 towns and cities have disappeared from the rollout plan."

The fact is that 69,500 connections aren't going to be delivered on the schedule that was originally promised, by virtue they now come under a different (undisclosed) FSA, for which build timing is unknown or not publicly announced.

At minimum, those people have a right to know where their connection has been re-allocated, and what effect that has on when they can run broadband services on the NBN.

NBN Co's statement does confirm what iTnews suspected from the outset given the wholesale level of change to the brownfields FSA numbers.

The Government-owned company has changed the methodology used to the size the build elements of the network.

NBN Co states that in the period between the January and February service-ready reports, two things happened:

This methodology shift is convenient. We suggested it to them in the questions we posed on Thursday last week:

iTnews: Why did the approx number premises for each FSA change across the board in February - often the shift per FSA is a matter of a couple of hundred premises between old and new e.g. Blacktown's 28,300 becomes 28,600, but with three less premises per FDA for 2BLK coded builds (just as an example). Did NBN Co change its methodology (otherwise what reason would there be for such large scale shifting in those numbers)?

NBN Co's response does little to address how these "fluctuations" impact when the displaced premises can expect to get their fibre connection.

When should those households now expect to receive their fibre connections?

NBN Co points to Gulliver/Townsville as "merely one of many ... errors of fact in the report".

The figures NBN Co provided in its statement differ to those in its spreadsheets.

For those wishing to perform their own checks, Gulliver's FSA is codenamed 4GUL, and Townsville's FSA is 4TNS.

NBN Co's numbers are about 10,000 out on the revised premises count for the two FSAs.

As for our analysis of connections to new housing estates or on fixed wireless, NBN Co's statement answered nothing.

It avoided the issue of these slippages entirely.

We applaud NBN Co for their transparency in releasing service-ready reports. What we're concerned about is whether those reports give a true indication of the progress of the rollout.