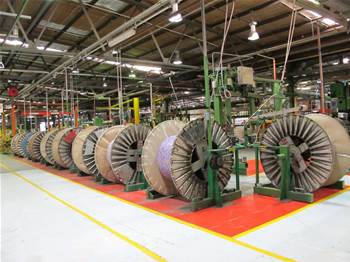 NBN Co has formalised a policy allowing users to request an extension to the National Broadband Network's fibre or fixed wireless networks, 15 months after first trialling the user-pays upgrade process in Tasmania.

The formal process, released on July 12, would allow users within eight kilometres of a fibre access node, but outside of the fibre footprint, to request a connection to the NBN, provided they pay the incremental cost of rolling out the fibre.

Communities and large towns of less than 1000 premises would be able to request fibre connections, but would be slugged with the additional cost of fibre backhaul and any access nodes required.

The network wholesaler has also left the door open for those receiving satellite access to request an extension of the fixed wireless network to a location near their premises.

However, it is unclear whether a fixed wireless extension would require a minimum number of users to justify the cost of building or provisioning a new tower.

"As a rule of thumb the fixed wireless extension would need to be close enough to a FAN to allow backhaul to the transit network," an NBN spokeswoman said.

"This distance would be highly dependent on the topology of the area. We don't foresee a minimum number of users within a cell for a network extension, but the costs may be high if shared between a small number of premises."

Since launching the policy on July 12, a spokeswoman said the wholesaler had received 20 applications, eight of which were deemed eligible for either fibre or fixed wireless extensions.

Some of those applications were marked as communities, rather than individuals, though the spokeswoman did not clarify which.

The move to formalise a policy on user-pay upgrades to the network would allow communities and towns that decried subjection to satellite access, or rejected fixed wireless towers, to share the cost of extending fibre to their town.

However, NBN Co has remained silent on the costs involved in extending the network.

iTnews' attempts to access the cost of a fibre extension to the lone Tasmanian resident who accepted NBN Co's quote during the trial last year were blocked by the wholesaler.

NBN Co would only say that quotes were based on the location and surrounding geography, time and cost of the extension, costs of using third-party infrastructure and any required approvals.

"It is important to note that a network extension is not a means of jumping the rollout queue," the spokeswoman said.

"Even where an extension is deemed eligible, and the community accepts the incremental cost, the work would be scheduled to coincide with the rollout when planned for adjacent areas. This is to keep down costs and ensure the network is rolled out in the most efficient way."