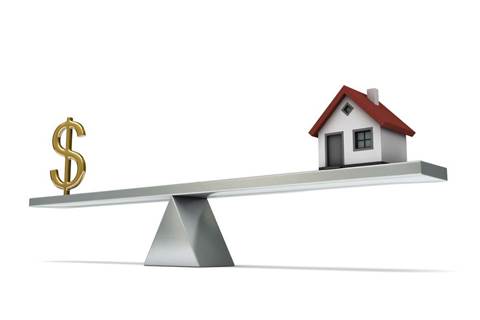 110 connections in first year as provider.

Critics of the National Broadband Network have labelled rollout efforts in new housing estates a "dismal failure" after NBN Co revealed it had connected just 110 new houses to the network last year.

In its second half-yearly progress report to the parliamentary committee overseeing the network, NBN Co said it had passed 951 premises by the end of December last year, with construction underway for a further 12,723 premises.

Despite the national fibre network being the only fixed line broadband or telephony option for residents in estates where NBN Co has been contracted, just 110 homes had taken up retail NBN services.

The figures fall short of the company's initial expectations it would provide 5000 premises with services and have passed 7000 premises by June of this year, as part of the 1.3 million new homes it expects will be built in Australia during the course of the ten-year national rollout.

Though the company has continued to chart significant demand for its work in new estates, it has maintained conservative estimates of how many will take up the service in the near future.

A Telstra submission to the competition watchdog last week revealed NBN Co's expectations that 4000 active services would be available in greenfields estates by September this year despite plans to pass 15,000 greenfields premises in the six months to August.

"NBN Co is scheduled to provide the government with a updated Corporate Plan at the end of May in which we intend to provide updated rollout estimates," she said.

NBN Co assumed responsibility as "fibre provider of last resort" in new housing estates of 100 premises or more at the beginning of last year, awarding Fujitsu the sub-contract to provision fibre where contracted by developers.

The slow take-up has added fuel to ongoing criticism of the company's work in new housing estates.

Shadow communications minister Malcolm Turnbull said the delay in greenfield rollout and take-up was a result of the Government's "ill-considered decision" to provide NBN Co with that responsibility.

"Before Senator Conroy upended the sector, greenfields communications infrastructure in Australia was a thriving market served by numerous competitive and efficient private players," he said.

"It has also damaged most of the small and medium businesses which once competed to install infrastructure."

Though housing estate developers are free to choose one of a number of companies for fibre provision, NBN Co's government funding and confusion over its position as provider of last resort has become the focus of increased criticism from critics and rivals.

Delays in rolling out to greenfields has also been exacerbated by issues with Telstra over pit-and-pipe ownership and provision of the backhaul infrastructure required to provide those estates with fibre.

NBN Co CEO Mike Quigley told a Senate estimates hearing in February that the responsibility had been difficult due to the considerable demands of building in regional housing estates.

"Fibre builds in excess of six kilometres for each of these estates are the norm now," he said.

"Taking on the wholesale universal service obligation for these estates before we have a network is obviously not easy so it's no surprise it's taking some time.

"We're working hard to meet the demand of developers and solve this timing problem - we're confident that we will."

But Michael Sparksman, managing director of private fibre builder OPENetworks, told iTnews that the issue was not new for the network builder's competitors.

"It's the central core of telecommunications problems in Australia, the backhaul," he said.

"It is not an excuse for NBN Co to say there is no backhaul in greenfield areas or there is a delay in getting them... when they took on the greenfields, that was the fundamental problem. There's really no justification for poor planning.

"It is in our view an example of the failure of that tender process to not go with the experienced operators and it is I think an embarrassment for the government to suggest the delay in connection is across the board."