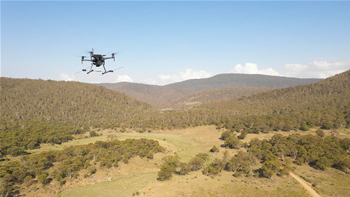 For the National Parks Association’s efforts to track rare Rosenberg’s goannas in the ACT’s Namadgi National Park, that has meant scaling cliffs with heavy equipment in an effort to pick up faint signals from far off goannas.

Then comes the less-than-enviable task of finding said goannas in rugged terrain and downloading historical GPS data from their trackers.

Now, the NPA has partnered with Canberra-based startup Wildlife Drones to not only increase the height of radio receivers and speed up the coverage of a national park that covers almost half of the ACT.

“If we can just fly a drone overhead and collect GPS data without having to negotiate cliffy areas and Blackthorn scrub, it would save lots of time and energy and a few twisted ankles,” said Dr Don Fletcher, a volunteer researcher NPA.

Dr Debbie Saunders from Wildlife Drones said this is believed to be the first instance of being able to remotely collect all of the GPS movement data from a radio link.

“In addition to being able to radio-track and download GPS data from multiple ground-dwelling animals, we were also able to detect signals from a tagged goanna when it was underground in a wombat burrow,” Saunders added.

Using a drone also has significant cost benefits to hiring a helicopter or plane to scan large swathes of bushland, which isn’t an uncommon practice in Australia.

NPA’s research and equipment has been supported by an Environment Grant from the ACT government to shed light on the movements of the elusive and well-camouflaged lizard. 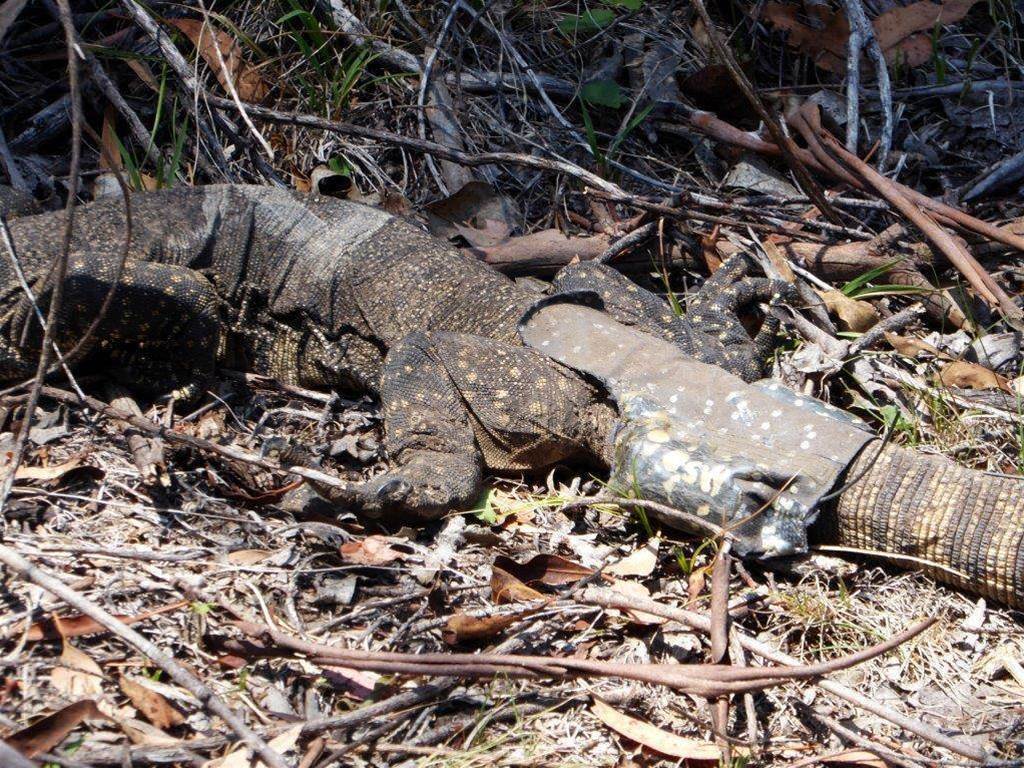 Goanna wearing GPS and radio tag. Source: Wildlife Drones
Got a news tip for our journalists? Share it with us anonymously here.