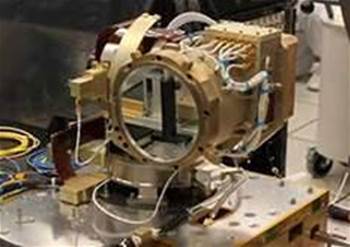 Laser to the space node.

The space agency said this is six times faster than the best ever radio equipment stationed on the moon. 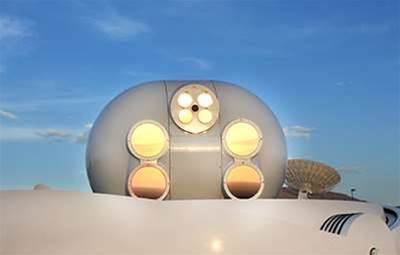 LLCD was also able to upload data from a ground station to the LADEE craft at 20 megabits per second, which NASA said is 5000 faster than with preceding gear.

Continous measurements of the distance between earth and the orbiting LADEE spacecraft were also provided by LLCD with an accuracy of roughly one centimetre.

The optical terminal in space transmits a laser signal with half a Watt of power in the infrared spectrum, aimed at the ground terminal which is equipped with highly sensitive superconducting detectors that are able to measure individual photons in the beam, NASA said.

A 40 Watt laser at the ground terminal is able to simultanously transmit an uplink beam through high-speed laser pulse patterns, making the system capable of duplex communications. NASA did not specify the latency or signal delay of the LLCD system.

LADEE was launched on September 6 this year with a mission to investigate the very thin atmosphere around the moon, carrying the LLCD with it to show new communications technologies.