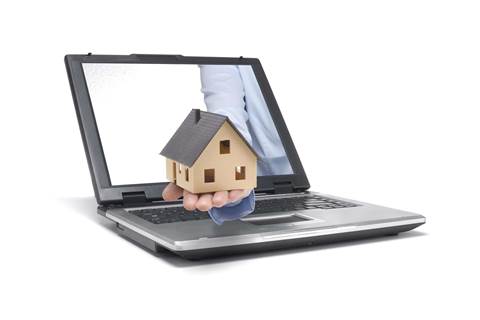 NAB-owned uBank is overhauling its finance, risk and treasury systems in anticipation of new regulations that allow banks to offer tailored loans to personal and small business customers based on an industry-wide view of an individual's financial health.

Australian loan approvals are currently based on a limited set of data - what the bank knows about their customer, and checks against any negative data supplied by credit agencies. Australia's Privacy Act has effectively prevented banks from sharing any more information about their customer's financial health beyond this 'negative' data.

In many other countries, lenders can make more informed credit decisions based on 'comprehensive credit reporting' - which allows credit reporting agencies (such as Dun and Bradstreet, Experion and Veda) to build a profile on a customer's assets and liabilities across all of Australia's banks and other financial institutions.

A lender would be able to gain access to information about a customer's balance with other financial institutions, their repayment history, the number of accounts held and borrowing limits for each of them.

Successive Australian governments have resisted the introduction of comprehensive credit reporting over privacy concerns and research that has shown similar initiatives overseas has led to situations in which credit has become far more readily available - with a disproportionate increase in defaults.

In January 2013, the Australian Law Reform Commission (ALRC) gave a qualified blessing for a more comprehensive credit reporting system, assuming it was to be coupled with the introduction of more responsible lending obligations. Australia's revised Privacy Act, which comes into force in March 2014, reflects this finding and will allow for more information to be shared between lenders and credit reporting bodies [pdf].

Credit reporting bodies will be able to hold information on the various loans and financial assets a customer holds across multiple banks including credit limits, repayment history and the terms and conditions of those loans.

In return, lenders and credit agencies will be bound by new rules around notification, data quality, access and handling of complaints. Shared data will also need to be de-identified to a standard deemed acceptable by the Office of the Australian Information Commissioner (OAIC).

Precisely how data will be shared, however, is still a matter for speculation. The OAIC appointed credit agency lobby group the Australian Retail Credit Association to draft a new credit reporting code of conduct, which was submitted for consideration to the OAIC in July of this year.

Breaching this code of conduct - determined by the credit industry - would be considered a breach of the Privacy Act, for which the Information Commissioner can pass down civil penalties.

The Information Commissioner's pending response to the proposed code will give lending institutions a far clearer picture of what information sharing will be permissible under a comprehensive credit reporting regime.

Damian Paull, chief executive officer at the ARCA, expects the Office to decide whether to accept the code of conduct by the end of this month.

In anticipation of these changes, Australia's banks are working to clean up and centralise the data they hold on customers, and preparing new products based on the richer set of data they expect to tap into.

David Fodor, enterprise release director at National Australia Bank, said the bank's finance, risk and treasury systems are being consolidated into a new system based on Oracle software (Oracle Financial Services) and hardware (Exalytics) in anticipation of the changes.

"By March 2014 we will move into a space where we [can make] credit decisions for people who apply for a loan through the internet," Fodor told iTnews.

He expects the move will result in a higher automation rate.

"Customers consistently demand a faster time to decision, particularly for home lending. Home lending in the past has been a process that takes days if not weeks to get a credit decision. We want to take that to minutes."

Fodor said automated decision systems will first be applied to retail products such as home loans, credit cards, personal loans and overdrafts, but over the course of time will extend out to products in the small business market.

Fodor said comprehensive credit reporting offers a net benefit to customers - especially those that have found the behaviour of their bank to be erratic in the past.

"Ultimately we will make better decisions for both the customer and the organisation," he said. In the past, banks may "not have had a good window on exposures a customer has elsewhere" and "made poorly informed decisions" as a result.

Fodor said the bank will far less often "put customers in financial hardship" if it has more data on which to make a decision.

"I'd love for [customers] to be able to transact with the bank through the channel of [their] choice, whether it be online, a tablet, mobile, or the comfort of face-to-face over the counter, and get the consistent experience through those channels," he said.

"I hope that you'd get a consistently fast decision, with the right price point, that's tailored to you as a person. That to me is what it's all about. Consistency of process, faster decision making, a better price."

The data in NAB's finance, risk and treasury systems is currently split across several platforms. About half of the data is sourced from an Oracle-based data warehouse the bank has used for the better part of a decade. There is a "proliferation of other systems" from which data must be sourced point-to-point, Fodor said.

NAB's competitor, the Commonwealth Bank, revealed to iTnews in late 2011 that it was experimenting with the ingest of unstructured data into its automated decisioning systems to aid the provision of custom loans. CommBank has conducted several proof-of-concept trials to this end using Apache Hadoop.

Fodor said the new Oracle system NAB's team is building will continue to store finance, risk and treasury data in structured relational databases - but a separate team is also experimenting with unstructured data.

"The scope of what we are transforming through those businesses is all structured, and consistent with legacy environments we have run with 40 or 50 years. My agenda doesn't extend to unstructured data, that is something that sits in a different scope of work," he said.

Paull noted that bands will find it difficult to map out precise system designs until the OAIC has given a full blessing of the code of conduct.

"The timing of these key regulatory documents has implications for systems design and build, as the Australian Credit Reporting Data Standards cannot be finalised until all the allowable data fields have been defined," he said.

But Fodor told iTnews the bank could not sit around waiting for regulators to act before making system decisions.

"We take consideration of what the regulator is asking financial organisations to adhere to over the next 12-24 months, and make sure our roadmap is cognisant of that, rather than waiting for the regulator to provide something black and white," he said.

"The challenge is that the regulator isn't as prescriptive as that - so if you wait, you might be waiting for a long time. Our agenda is informed rather than driven by regulatory requirements."

"We have to make, at times, priority calls about where we put our focus and where we deploy our resources, because ultimately either processes or the systems we build out that support the end-to-end customer experience need to integrate with core banking build out," he said.

"That relationship works well to date. We are able to flex our resources to target where we need the most focus."

Both projects work towards a mutually-beneficial goal, he said. As legacy systems are transformed one-by-one, ultimately NAB wants to build a "consolidated data store" based on Oracle's solutions.

"At the core of our transformation agenda is the principle of sourcing data once, using it for all the different processing applications you need to run across, whether it be cost of fund calculations, cost of capital calculations, or the cost of doing business - how much it costs to manufacture a product, and then having a consistent reporting layer that sits on top of that," he said.

"Ultimately we believe it will provide the business with a better decision making capability," he said. "It has benefits across both the profit and loss statement and the balance sheet, underpinned by that simplicity of data sourcing, efficient use of data, and consistent management reporting."

Read on for Fodor's assessment of NAB's technology transformation….

All large banks have struggled to create a business case for the replacement of legacy banking systems, he said. These systems have remained robust over time, but proven inflexible because of the years of multiple layers of additional technology built on top.

"There comes a point when as an organisation, particularly if you've been around for 150 years, you realise that position is not sustainable and you need to start consolidating," he said.

"The benefits of [an integrated front to backend system] are considerable when moving from 150 systems to two," he said. "There are decommissioning benefits, process efficiency benefits, licensing cost benefits - there is a long list.

"And we are making good progress on that journey - we've still got work to do but the foundations are in place now that are going to enable the benefits in that business case over the coming years."