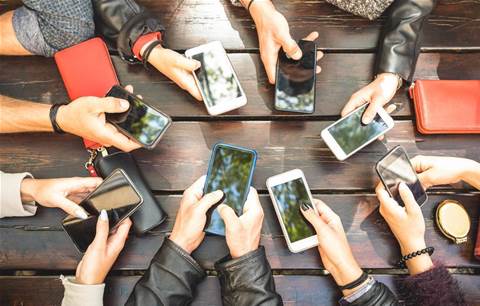 NAB is applying analytics to benefit its 40,000-strong workforce, using data and insights to identify high-performing individuals, teams and branches, and find ways to replicate that success at scale.

People analytics has risen to prominence as large organisations try to work out how to make customers happier and grow shareholder value.

“Analytics is how you identify what drives value to individuals, to customers, to shareholders, and to communities.

“It teaches you what are the few things you should do really well, and what are the many, many things that are less important.”

Rasmussen said it took a year of internal lobbying for NAB to properly embrace people analytics.

He said technology was important to running people analytics at scale, enabling the bank to move from initiatives impacting “a few hundred people at a time” to work that impacted the bank’s entire 40,000-strong workforce.

“That's what I think is truly exciting about technology,” he said. “And that [scale] actually also then gives us data that we can feed back into the process.”

Rasmussen revealed three internal programs of work where people analytics had so far been put to use.

In one project, the bank sought to identify which of its “roughly 1000 branches spread across Australia” had the highest customer satisfaction, and why this was the case.

“We have more than 10 years of really good data - at a branch level, individual level, customer satisfaction scores, sales results, repeat revenue, income etc, and we [also] had all of this HR data,” Rasmussen said.

By combining and analysing the data, Rasmussen said, “a clear picture emerges”.

“In branches where we have the highest employee engagement, the customer satisfaction is twice as high,” he said.

“So if our people get the feeling that we don't care about them, they are not going to care about our customers. That's essentially what we're finding.

“We also looked at what that means in terms of NAB's money. So in an average year, NAB gets a profit of around $5-6 billion - depending on multiple things, of course, but that's what it's been like historically - and we can see that employee motivation accounts for around a billion [of that]. So that's the monetary value of it.”

Rasmussen said the data had helped neutralise “chicken and egg conversations” internally at the executive level on how to grow customer engagement and shareholder value.

In a second use case, NAB is using analytics to work out how to accelerate its time-to-value from new hires - and then how to keep them happy enough to stay a while.

“We've done a lot of work on looking at the value that an individual employee brings over the time that they're in a position,” he said.

“Day one, you start in a new job, you don't add value. You're basically taking value from your colleagues, because you don't know anything. You do that for two or three months, but you're not contributing value to the first stage. And we train you, so we're pouring money your way but you're not delivering.

“At some point in time you start delivering, and we want to find out how we can accelerate the time for you to get to peak performance or full contribution.

“We see there's big variance, and some people do it better than others, so how do we replicate those examples of people that get up to speed really quickly?”

The work also extended to understanding how to keep employees happy for longer and therefore adding value over a longer period of time.

“We want to make sure that you don't leave your job too early,” Rasmussen said.

“That's a big thing in financial services and also in Australia.”

“As individual employees, we want career development, the new job, the new salary and all that excitement and career progression - but what our customers want is for the same person to stay in the job for longer,” he said.

“They don't want to change their banker every two years just because [their banker] has career intentions. They want the same banker that understands them and their business.

“So we need to make sure that we make it easy and attractive for our employees to do what we want them to do. There's significant value to be had by just extending time in role.”

A third use case for people analytics involved reducing attrition in a call centre environment.

“We had call center-like environments with a lot of attrition, and they didn't know why,” Rasmussen said.

“I came in on analytics, and basically what we found is there's something called ‘grade of service’, which is basically a measure of how quickly do you pick up the phone in a call centre.

“Our customers would call in wanting help with something and if grade of service is low, that means they've been on the line for 5-10 minutes before they get to speak to someone, and that means the first thing [the NAB agent] does on every call is to say, 'Hello, I'm Thomas from NAB, I'm really, really sorry, you had to wait so long'.

Rasmussen said his team’s work indicated that “when grade of service or workload drops below a certain level, it starts a chain of events that we can't control - a negative spiral.”

“The best performers leave,” he said.

The workload on the remaining agents increases, training and coaching is cut because there’s no longer time for it, and that leads to “a further deterioration in workload” and costs to the organisation.

“So attrition spirals out of control,” Rasmussen said.

“The only way to stop it is to put extra people in there.”

“We had to have this conversation with finance, where they’re like, 'We want to save money and take people out'. But if you start the year by taking people out, you will start this cycle, and it will cost you this much in attrition.

Rasmussen said there were “many other projects” that involved people analytics but that he was unable to discuss them.

He also indicated there was some residual concern in the bank as to how far to take people analytics.

“I think what we're struggling with is there's so much cool stuff we can do, and then it's [the] ethics [of doing some of them],” he said.

“Just because you can doesn't mean you should. We're trying to stay on the right side of creepy because if people analytics crosses that creepy line, we're going to erode our opportunities to do good.

“We have some projects where we want to make sure that we stay on the right side of that line, and with increased technology and merging many different data sources and so on, you can get dangerously close.”

“This is just my point of view, but there's a lot of tech today that has some sort of AI in it, and I want to know what it is,” he said.

“AI is a bit like a power tool. If it's used by a professional, it can really drive efficiency, but if it's used by somebody like me, and you make a mistake, you greatly amplify the impact of the mistakes as well.

“And when I have conversations with some of these vendors, some of them just say, 'Oh, you can't see under the hood of what's in the AI, it's proprietary'. at which point of time I say 'Bye!!'

“So those are some of the things where we're trying to push the boundaries.”