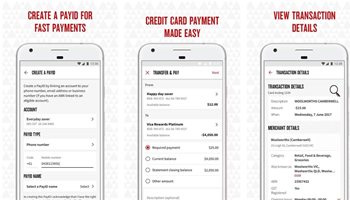 NAB has acknowledged issues with an update to its banking app for Android that chokes the user’s device CPU and drains its battery.

The bank’s presence on Google's Play Store has been swamped with one-star reviews since the last app update on August 5, and with no end date in sight, the bank has been directing users to stop using the app altogether until a fix is found.

It is understood that the issue affects mostly Samsung devices running Android version 9.

“Our tech team are currently investigating the issue,” NAB responded to several reviews.

“Have you considered uninstalling the app for now and using the web browser on your phone in the interim?”

Many users found the app chewing through large amounts of device battery, even when it is not in active use.

“This app is hammering my battery after the last update,” user Richard Castel wrote.

“It shows the app as having been used for 15 minutes actively today, but running in the background for 7.5 hours, using 40 percent of my battery. I get six hours out of a full charge instead of 25 hours now... not good.”

“What the hell is it doing in the background??? 32.8 percent of my battery usage is this app,” another user wrote.

“48 percent drain on battery and CPU overload on a Samsung S8+, you've got to be kidding me,” said another.

“Massive drain on battery!!! Over 54 percent battery usage in a 6hr time period,” another said.

Users said they had followed earlier NAB advice and cleared the app cache, then uninstalled and reinstalled the app, without it fixing the issue.

Others said they had “forced the app to go to sleep in Android settings but it doesn't help. My battery is dead by lunch time because of this app.”

A NAB spokesperson has been contacted for comment on when the bank expects to fix the issue and on whether the bank might allow rollback to a previous version of the app.

A NAB spokesperson said the bank "is aware of a problem with the latest release of the NAB Mobile Banking App for select Android devices, resulting in battery drainage.

"We’re sorry for the inconvenience to our customers. We’re looking to release a fix to this issue within the next few days," the spokesperson said.