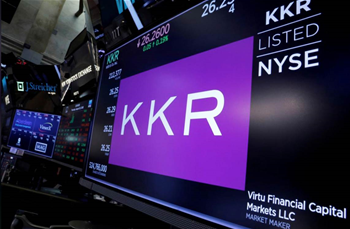 After initially rejecting it.

MYOB said on Monday it would recommend US private equity giant KKR’s buyout offer for the Australian accounting software maker.

MYOB’s acceptance comes after it initially said it would reject the new suggested price of A$3.40 per share, which was slashed from A$3.77.

Shares of the Melbourne-based company tumbled 14 percent following KKR’s lowered offer price and last traded at A$2.870 on Friday, representing a 18.5 percent discount to the new price.

KKR cut its offer price at a time when global technology players such as Facebook and Google owner Alphabet have fallen sharply amid concerns about incursions on privacy, sparking a sell-off across the broader sector.

MYOB Chairman Justin Milne said the proposal was in the best interest of shareholders, considering “market uncertainty and the longer-term nature of the strategic growth plan the Company has embarked upon.”

He added that “the unique provisions of the agreement with KKR provide a level of certainty for our shareholders.”

In its statement, MYOB also said it expects revenue growth in the 2018 financial year of about 7 percent, while it sees its EBITDA margin between 42 percent and 43 percent.

Under a scheme of arrangement, MYOB has agreed to “go shop” provisions with KKR, which allows MYOB to seek alternate superior proposals until Feb. 22, 2019.