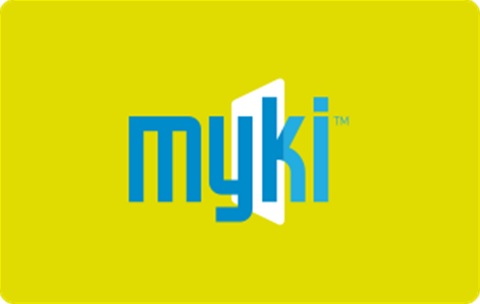 The receipts contained nine digits of a credit card, an expiry date and customer names, and thanks to a glitch were printed regardless if a customer opted to not receive it, The Age reported.

But the TTA said the guidelines relate to electronic payment facilities provided by banks, credit unions, building societies and other financial institutions, and not the TTA.

"TTA's electronic payment facilities are provided by Westpac and throughout the development of myki, TTA has sought direction from its banking provider as to the level of information that should or shouldn't be included on EFTPOS receipts,"

The Public Transport Users Association president Daniel Bowen in a blog called for the details to be scrapped from the receipts so that passenger privacy was not compromised.

"... these receipts should not reveal full names, card expiry dates and so much of the card number," Bowen said in a statement.

“The government must fix this – and in the meantime, passengers should be wary and check the collection tray at vending machines before leaving.”

“Those numbers could not be used for anything,” the expert told SC on the condition of anonymity.

The information was in line with the Payment Card Industry Data Security Standard which imposes minimum requirements on card issuers like Mastercard and Visa for transaction data security.

The state’s Transport Ticketing Authority had already planned to overhaul the system more than 12 months ago and fix the printing glitch.

"The TTA is investigating the possibility of reducing the amount of personal information that is provided on myki machine receipts, provided this can be achieved within the current EFT code of conduct."

Cheif executive Bernie Carolan said customers were not at risk from the printed card information.

"[The authority] believed that the majority of customers would want to have an EFTPOS receipt to verify their transaction.

"Real-world experience has shown that many customers do not collect the receipt and leave it in the machine."

The $1.35 billion Myki system is replacing the previous Melbourne Metcard travel system and is in use by about 90 percent of tram and train users.

Last year, security researchers detailed a side-channel cryptographic hack against the Myki card which would expose a user’s fare transaction data, but no personal information.

Updated with comment from the Public Transport Users Association and the TTA.