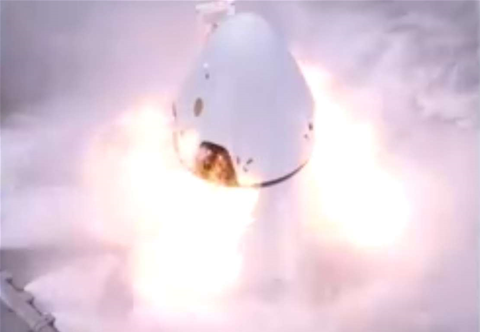 Zoom CEO promises to do better.

Elon Musk’s rocket company SpaceX has banned its employees from using video conferencing app Zoom, citing “significant privacy and security concerns,” according to a memo seen by Reuters, days after United States law enforcement warned users about the security of the popular app.

In an email dated March 28, SpaceX told employees that all access to Zoom had been disabled with immediate effect.

“We understand that many of us were using this tool for conferences and meeting support,” SpaceX said in the message. “Please use email, text or phone as alternate means of communication.”

Two people familiar with the matter confirmed the contents of the mail to Reuters.

A representative for SpaceX, which has more than 6,000 employees, did not respond to a request for comment.

NASA, one of SpaceX’s biggest customers, also prohibits its employees from using Zoom, said Stephanie Schierholz, a spokeswoman for the US space agency.

The FBI’s Boston office on Monday issued a warning about Zoom, telling users not to make meetings on the site public or share links widely after it received two reports of unidentified individuals invading school sessions, a phenomenon known as “zoombombing.”

Investigative news site The Intercept on Tuesday reported that Zoom video is not end-to-end encrypted between meeting participants, and that the company could view sessions.

Zoom did not immediately respond to requests for comment on SpaceX’s decision, but it has advised users to enable all the privacy functions on its platform.

In a separate announcement, Zoom chief executive and founder Eric Yuan said the company would implement a feature freeze and focus on improving the privacy and security of users.

Yuan said that Zoom user numbers have skyrockted from around 10 million in December last. year to over 200 million in March.

He acknowledged that the sudden influx of users who weren't enterprise customers had brought on a new set of challenges for Zoom.

"... we did not design the product with the foresight that, in a matter of weeks, every person in the world would suddenly be working, studying, and socialising from home.

We now have a much broader set of users who are utilising our product in a myriad of unexpected ways, presenting us with challenges we did not anticipate when the platform was conceived," Yuan said.

Yuan also said he appreciated the scrutiny of Zoom in recent times by journalists and security researchers, and added it would help make the product better.