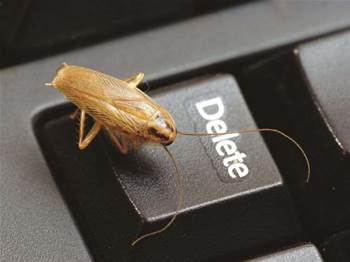 Bountiful dollars up for grabs.

Mozilla, developers of the popular Firefox web browser, has paid out US$40,000 in the past month for bugs on its websites and in its apps.

Last month, the open-source developer said it would extend its bug bounty program beyond its Firefox browser to include other web tools.

Since then, the company has paid out US$40,000 for vulnerabilities found on sites such as firefox.com as well as some applications. The maximum payout is US$3,000 for "extraordinary" flaws, with high severity bugs earning US$500.

"Thanks to all the bug submitters for their contributions; the program has been a great success," said Chris Lyon, director of infrastructure security, on the Mozilla security blog.

"Beyond the monetary rewards, we sent Mozilla T-shirts to an additional 23 people who submitted security bugs that did not qualify for the web bug bounty," he added. "We are in the process of triage for the next round of payments and more should be going out soon."

However, Mozilla has yet to reveal what security flaws were flagged up. "We will make the resolved bugs public shortly as these issues are no longer a threat to the community and our users," Lyon added.

Got a news tip for our journalists? Share it with us anonymously here.
Copyright © Alphr, Dennis Publishing
Tags:
40000bugsformozillaoutpayssecurityweb